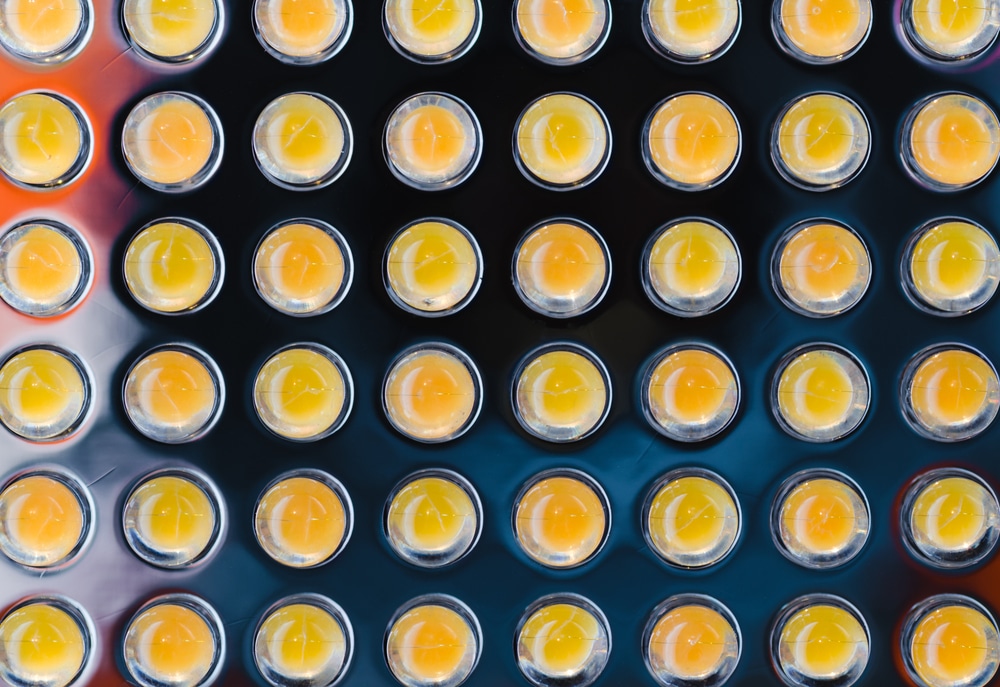 Previously, the only way for producers to substantially increase ambient greenhouse was to provide supplemental lighting from high-intensity discharge lights–most commonly high-pressure sodium (HPS) lamps. HPS lamps have drawbacks, however; they are only about 25% to 30% efficient, and have limited lifespans. Another disadvantage is the high levels of radiant heat energy produced by high-pressure sodium lamps; up to 75% of the energy from HPS lamps that is not converted to light is emitted as radiant heat energy, causing the surface of the lamps to reach temperatures as high as 450°C. To prevent leaves from scorching from exposure to the high heat, plants must be separated from the HPS lamps.

Light-emitting diodes (LEDs) can offer growers benefits such as higher energy efficiencies and a longer operating life. To determine whether the use of narrow-spectra high-intensity LEDs is can be a practicable supplemental lighting source for greenhouse grown annual bedding plant seedlings, researchers Wesley Randall and Roberto Lopez from Purdue University designed a series of lighting experiments on plugs of Antirrhinum, Catharanthus, Celosia, Impatiens, Pelargonium, Petunia, Tagetes, Salvia, and Viola.

“Our results indicate that providing supplemental lighting from LEDs or high-pressure sodium lamps has a positive influence on seedling root dry mass, height, and stem caliper leading to high-quality bedding plant seedlings when solar light is limited,” Lopez and Randall noted. “A light ratio of 85:15 red:blue light could be a good combination for greenhouse LED supplemental lighting of bedding plant plugs. However, it is important to remember that although blue LEDs have a higher electrical conversion efficiency compared with red LEDs, blue light is a higher energy light, which increases energy consumption as higher proportions of blue are used.”