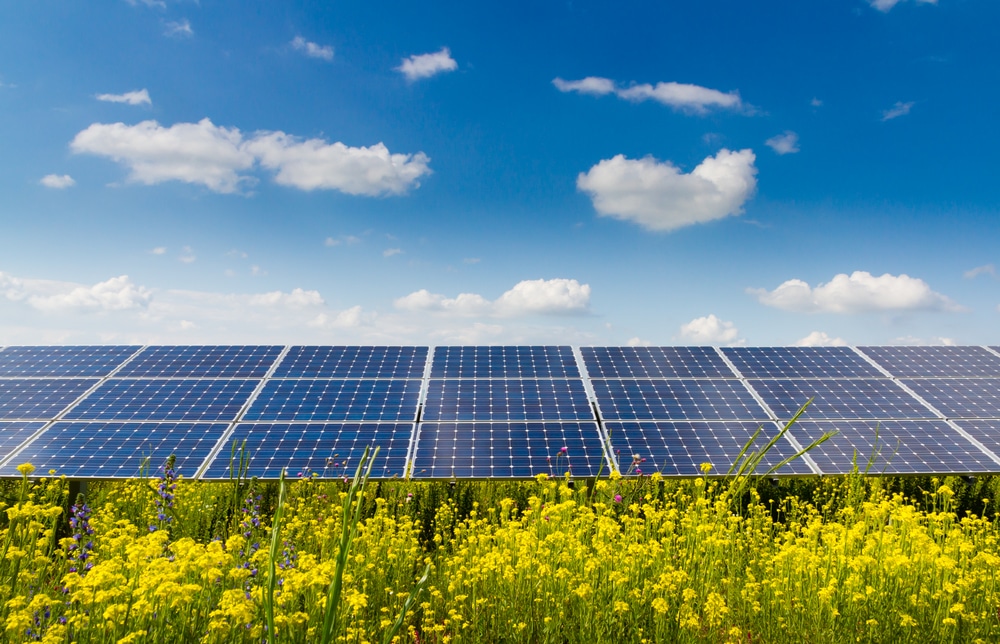 A new arrangement for getting solar power, called a solar power garden, is popping up in a few states, such as Massachusetts and Colorado, and it involves customers buying in to a solar array at another location, and receiving credit for the power their panels produce.  It is especially popular with apartment dwellers and those who have limited roof area and solar exposure.

For developers, such shared or community solar arrays create a new market from the estimated 85 percent of residential customers who can neither own nor lease systems because their roofs are physically unsuitable for solar or because they do not control them.  For customers, it offers a way into the solar boom, whether they seek to contribute to the spread of clean energy or to reap the potential cost savings.

In general, a developer builds a solar power garden that can range from a few dozen panels on a rooftop to thousands sitting on more than 100 acres, and sells the electrical output of a set number of panels to each customer, depending on how much of their power use they want or can afford to offset.  Customers then receive a credit for that power, often at a fixed rate per kilowatt-hour, that is then deducted from the energy portion of their electric bills.

Costs typically run $500 to $1,400 for a panel, said Paul Spencer, president of Clean Energy Collective, adding that customers benefit from the fact that the arrays can be positioned in optimal locations to maximize energy production.  But those costs can run higher in some markets, and customers must generally live within certain geographic or utility service boundaries.

Massachusetts passed its law enabling community renewable energy projects in 2008 and saw at least one town solar power garden begin operating in Brewster in 2012.  Now, Clean Energy Collective, a leading developer, is building systems that are due to start producing power in Massachusetts by the end of this month.  The company has teamed with Next Step Living of Boston, a home energy-efficiency company, which is selling the product to consumers across Massachusetts.

Several other places, including California, Minnesota and Washington, D.C., have laws to establish their programs, while others have proposals at some stage of drafting.  In New York, for instance, a bill is working its way through the State Legislature.

The shared approach has its roots in rural electric cooperatives, said Elaine Ulrich of the Department of Energy’s SunShot program, but it has only begun to take off in recent years, and still accounts for only a tiny fraction of solar production.  There are at least 52 projects in at least 17 states, and at least 10 states are encouraging their development through policy and programs, according to the Solar Energy Industries Association, the main trade group for solar power.