Certain Building Designs Make It Difficult To Live Without A/C

I have made numerous efficiency-enhancing suggestions to people who can’t afford air conditioning. However, they said that their homes’ designs can’t accommodate those enhancements easily. After encountering that road block so many times, I decided it was necessary to discuss it (along with potential solutions) in this article. 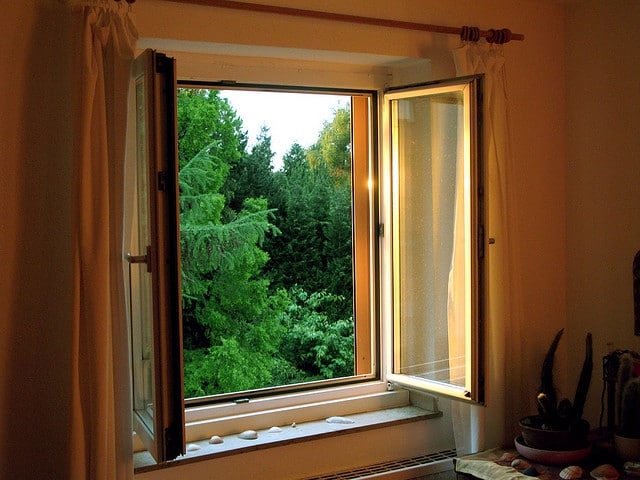 Why would the presence of burglar bars be so important to cooling? I’ll tell you a brief story about a time I visited my uncle and aunt in Florida. When I arrived in Florida, I was provided with a bedroom and air conditioning.

However, one night, the cooled air wasn’t getting to my room for some reason. I was tempted to open my window, then I saw that it had no burglar bars. I was worried that a burglar could climb in through that big, low-level window very easily, so I didn’t bother. I had to lay in the hot, tightly locked room for the rest of the night.

I was accustomed to living without A/C at home because I had grilles and open windows covered with burglar bars. Grilles are a great way to keep the house locked while facilitating passive ventilation (wind), and horizontal rain can be kept out by simply closing a solid door behind the grille.

This made me realize that the millions of other people living without burglar bars are struggling to keep cool just because they are afraid to open their windows (which is perfectly understandable). The solution: Get quick-release burglar bars (they are usually just called ‘security bars’, as quick-release bars area already standard in the United States. This type of burglar bar enables you to open your windows with peace of mind, and to get through them in the event of a fire.

They can be purchased for less than $100.

Grilles serve the same purpose as burglar bars. They enable you to open the doors so you can let air in, but not criminals. Solution: Have a grille installed in front of your door. The grille also serves as an additional layer of protection, as burglars would have to try and bypass both your grille and door locks to get inside.

Bear in mind that you should switch your air conditioner off before opening the doors or windows. Air conditioners operate very inefficiently with doors and windows open, due to the warm air that periodically blows in from outside.

Climate Change: A Plan to Share the Carbon Budget Burden »