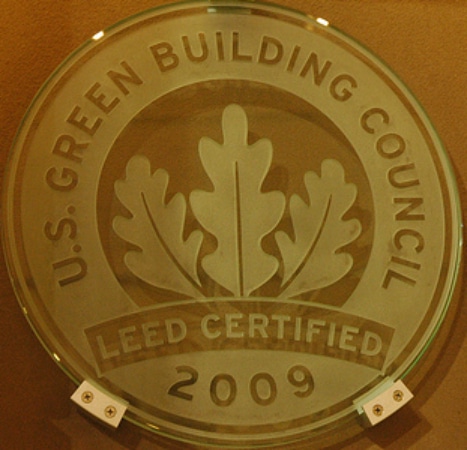 The U.S. Green Building Council (USGBC) has released its list of the top 10 countries for LEED outside of the United States, on which India ranked No. 3. The list demonstrates the global reach of the movement that is transforming the built environment into healthy, high-performing structures that benefit the planet and all of its people.

LEED (Leadership in Energy and Environmental Design) is a green building certification system for the design, construction, maintenance and operations of green buildings.  LEED seeks to optimize the use of natural resources, promote regenerative and restorative strategies, maximize the positive and minimize the negative environmental and human health consequences of the construction industry, and provide high-quality indoor environments for building occupants.

“The global community is increasingly recognizing the imperative for action as we combat the extraordinary challenge of worldwide climate change,” said Rick Fedrizzi, president, CEO and founding chair, USGBC.

“LEED’s success in India represents not only a growing recognition of its demonstrated benefits for human health and operational cost savings, but also its unparalleled potential to be part of the solution to a warming planet and rising sea levels,” Fedrizzi said.

To date, project teams in more than 140 countries and territories have implemented LEED in their building projects, taking advantage of its global, regional and local applicability to create structures that mitigate greenhouse gas emissions; create healthier indoor environments for workers, students and community members; and lower utility bills for building owners through reduced energy and water use.

The ranking of the top 10 countries for LEED outside of the U.S. is based on cumulative gross square meters (GSM) of space certified to LEED in each nation as of April 2014.

In June 2013, USGBC launched the LEED Earth campaign, offering free certification to the first projects to certify in the more than 100 countries where LEED has yet to take root. Since then, 15 projects in various nations have earned free certification, including Venezuela and Kuwait.

The Green Deal: Adding Up The Sums Before Signing Up »