Known as perovskite, the name of this material found in the Ural Mountains may be difficult to pronounce for American English speakers, but the potential it offers as a new solar dell material is considerable. Three scientific papers have already been published about it. 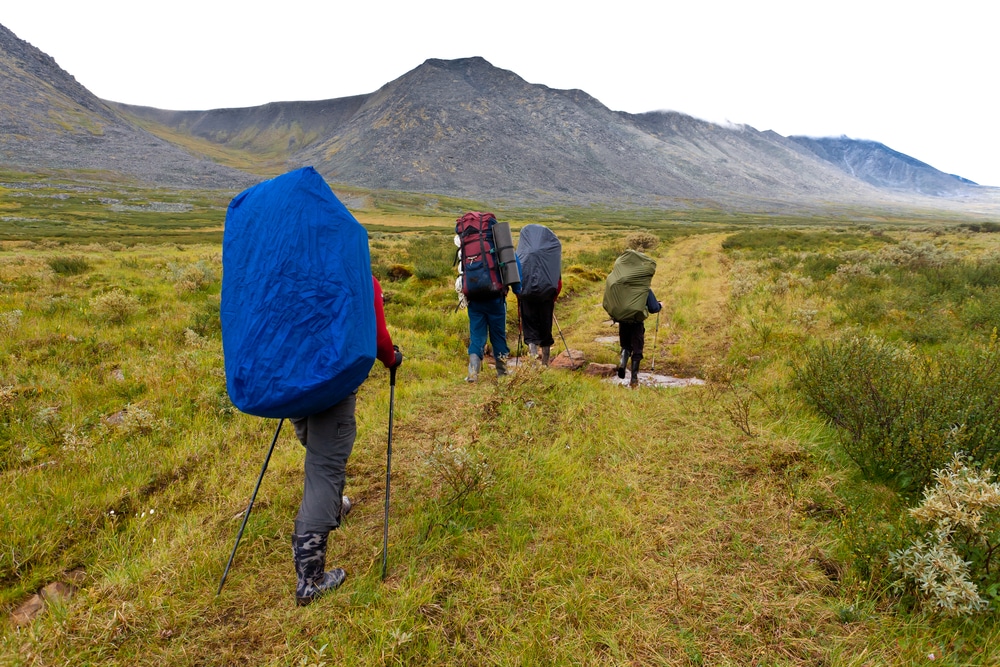 A new solar material that has the same crystal structure as a mineral first found in the Ural Mountains in 1839 is shooting up the efficiency charts faster than almost anything researchers have seen before—and it is generating optimism that a less expensive way of using sunlight to generate electricity may be in our planet’s future.

Researchers at the Energy Department’s National Renewable Energy Laboratory (NREL) are analyzing the new material, perovskite, using the lab’s unique testing capabilities and broad spectrum of expertise to uncover the secrets and potential of the semiconducting cube-like mineral.

NREL has already produced three scientific papers on perovskite (see sidebar), reporting on the science behind the very large length of the electron pairs (or charge diffusion length) in mesostructured perovskite solar cells. The two most-studied perovskite device structures are mesostructured (of medium complexity) and planar (two-dimensional). NREL Research Fellow David Ginley, who is a world-renowned materials scientist and winner of several R&D 100 Awards, said what makes perovskite device structures so remarkable is that when processed in a liquid solution, they have unusual abilities to diffuse photons a long distance through the cell. That makes it far less likely that the electrons will recombine with their hole pairs and be lost to useful electricity. And that indicates a potential for low-cost, high-efficiency devices.

NREL Senior Scientist Daniel Friedman notes that the light-absorbing perovskite cells have “a diffusion length 10 times longer than their absorption length,” not only an unusual phenomenon, but a very useful one, too.

Perovskite Is Flexible, Easier to Manipulate

The new cells are made from a relative of the perovskite mineral found in the Ural Mountains. Small but vital changes to the material allow it to absorb sunlight very efficiently. The material is also easy to fabricate using liquids that could be printed on substrates like ink in a printing press, or made from simple evaporation. These properties suggest an easy, affordable route to solar cells.

By playing with the elemental composition, it is also possible to tune the perovskite material to access different parts of the sun’s spectrum. That flexibility can be crucial, because it means that the material can be changed by deliberately introducing impurities, and in such a way that it can be used in multijunction solar cells that have ultra-high efficiencies. Multijunction solar cells are an NREL invention from 1991, but because of high material costs, standard multijunctions are used mostly in outer space applications such as satellites and the Mars rovers. Cheaper multijunction cells based on perovskites could radically change this.

In four years, perovskite’s conversion efficiency—the yield at which the photons that hit the material are turned into electrons that can be used to generate electricity—has grown from 3.8% in 2009 to just north of 16%, with unconfirmed reports of even higher efficiencies arriving regularly. That’s better than a four-fold increase. By contrast, efficiencies of single-crystal solar cells grew by less than 50% during their first five years of development, and most other types of solar cells showed similar modest improvements during their first few years.

NREL materials scientists are encouraged by the possibility of further optimizing the materials. For example, replacing lead with tin in the cells could improve the efficiency of multijunction cells made from perovskite. Besides switching to a more environmentally friendly material, the change from lead to tin would also allow the finished solar cell to better withstand high humidity.

“We can help the field, especially in areas where they need help in reliability and larger development,” including understanding transport, or moving electrons from the solar cell to a circuit, Ginley said. “Those are all the things we do well.”

“Perovskite shows promise to be a whole lot easier to make” compared to most other solar cells, said NREL Senior Scientist Joey Luther, who works with nanomaterials. “It doesn’t require high-temperature processing. You can just dip glass into two chemicals and get the material to form on it.”

The field is growing fast, but that’s because there is so much to do, Luther said. “Every technique that everyone has used for every solar cell in the past, they want to try it on perovskite solar cells to see what they can learn. Anytime you jump into a new material, you need to get a feel for how it works—you just have to play around for a while,” Luther said. “Look at the layers, see what modifications you can make with new materials, see what you can do to tune it.”

Luther predicts that researchers will approach perovskite from two different directions. One will be to make the best semiconductor possible without regard to cost, and the other will be to try to make it as cheap as possible, trying spray-on techniques, for example. “Those fields are going to merge eventually,” he said, as researchers discover the optimal trade-offs.

“What is interesting about perovskite is that all the research groups—in Korea, England, Switzerland, the United States—they’re all getting very high efficiencies,” Luther said. “It’s not as if just one person knows the secret.”

The theoretical maximum efficiency of a perovskite-based solar cell is about 31%, meaning that of all the solar energy contained in the sunlight that hits the cell, 31% is converted to useful electrical energy. Multijunction cells based on perovskites could attain higher efficiencies still.

“The goal shouldn’t be to stop at 20% efficiency,” Luther said. “The goal should be to try to get to 28% or higher. In the lab, the best cells need to be almost perfect at small scale. Then the commercial people can stop at whatever efficiency is economical for them to deploy.”

NREL has world-class experts in several fields needed for the exploration and improvement of this new promising material: experts in so-called III-V cells from the third and fifth columns of the periodic table; in quantum dots, materials, and transport; in computational materials design; and in doping materials with new materials to change their band gaps, and thus their usefulness in harvesting electrons.

In fact, NREL’s latest world record has echoes of properties inherent in perovskite. NREL recently set a world record of 34% conversion efficiency for a gallium indium phosphide cell atop a gallium arsenide cell under lenses that multiply the sun’s power. Last June, NREL set the world record of 31.1% for the same cell under one sun. In both cases, NREL reached unprecedented efficiencies by improving the ability of electrons to diffuse out of their traps. It’s that long-diffusion, short-absorption phenomenon that has scientists so excited about perovskite.

NREL Senior Scientist Kai Zhu is co-organizer of a scientific conference on dye-sensitized solar cells, which are low-cost thin-film cells. So far, he says, the majority of talks, posters, and papers proposed for the conference are on the subject of perovskite—so exciting is the field even though perovskite isn’t technically a dye cell.

In 2009, Japanese scientist Tsutomu Miyasaka reported perovskite’s potential as a light absorber and possible material for a solar cell, noting a 3.8% conversion efficiency, but that was such a low rate that it didn’t spark much interest, said Zhu.

But in 2011, a Korean scientist, Nam-Gyu Park, who served as a postdoctoral researcher at NREL in the late 1990s, reported achieving 6.5% efficiency with perovskite. “Fifteen years ago, he was working in the same lab I am working in now,” Zhu said. “So I started paying attention to his work on perovskites.”

A year later, Michael Grätzel, a top solar scientist from Switzerland, teamed with Park on a paper, sparking more widespread interest. Their paper in the journal Nature Scientific Reports reported a conversion efficiency of about 10% with perovskite. “By then, I knew this was something I wanted to pursue,” Zhu said. At the beginning of 2013, the efficiency level for perovskite had climbed to 12.3%.

“And then about a year ago, when they added chlorine to the materials, the electron and hole diffusion lengths just went through the roof,” Ginley said. “The most remarkable thing is that you add a little bit of chlorine and you see how the diffusion lengths change—by a factor of 10. That really brought attention to them.” Ideally, a solar cell has a diffusion length long enough for the electron to reach the contacts both above and below it, and thus escape the possibility that it will be trapped in its layer and recombine into an electron-hole pair.

When Zhu’s proposal to examine perovskite was approved, the efficiency level had climbed to 14.1%. Now, the highest certified rate is 16.2% by Sang Il Seok of Korea. “Seeing how rapidly this field is progressing, I feel very lucky that I started on this more than a year ago,” Zhu said.

Meanwhile, Zhu is in the midst of an experiment in which he prepares a precursor solution that converts from a liquid base to an absorber in a device. “This material is so easy to work with,” Zhu said. “Working on solution processing, we can make a device in one or two days, from beginning to finish.”

To boost efficiency levels even further will take more effort, Zhu concedes. “But this new material can probably be processed at a much lower cost” than rival materials, he said. It doesn’t have to deal with the problem of the substrate not matching with the material above it, or with the delicate deposition process necessary with many alternative solar materials.

Several companies are already interested in forming cooperative research and development agreements so they can work with NREL on perovskite. “At NREL, we have this depth and breadth of understanding of materials, devices, transport, and, really, all aspects of solar cells that should help us make an important contribution to this new material,” Zhu said.

Photo: Group of hikers in Ural Mountains from Shutterstock


« Bacardi Enhances The Efficiency Of Its Rum Facility

The Economic/Green Philosophy of a Trash Barn »