Much of what we write about for green building concerns wood and forests, an incredibly valuable renewable resource for this planet; deforestation, similar to what is occurring on the Congo Basin, must be checked and stopped. Citizens, companies and agricultural interests alike must apply sane forest management practices. As a population, we can harvest much from what this planet gives, we simply need to return the favor.

Disasters like the mudslide that recently occurred in Washington could have been prevented withe smarter stewardship. While clear-cutting forest land may look smart from an economic standpoint, it is absolutely insane from a forest management perspective.

Read the following release on the Congo Basin.

Study: Deforestation could intensify climate change in Congo Basin by half

By 2050, deforestation-induced warming could cause temperatures to increase by 0.7 °C

By 2050, deforestation could cause temperatures in the Congo Basin to increase by 0.7 °C. The increase would intensify warming caused by greenhouse gases by half, according to a study by researchers at the University of Leuven, Belgium. 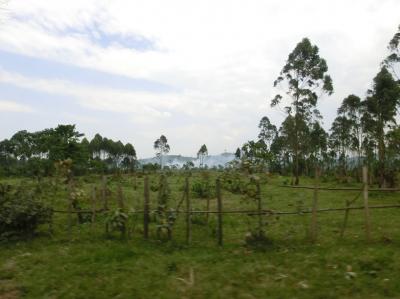 Explosive population growth and inefficient agricultural practices are causing large-scale destruction of tropical rainforests in Central Africa. A team of researchers from the University of Leuven examined how these practices will affect longer-term temperatures in the region. Using a sophisticated computer model, they forecasted Congo Basin temperatures anno 2050.

Their findings: Central Africa of 2050 will be an average of 1.4 °C hotter than today as a result of global greenhouse gas emissions. Deforestation will add an extra 0.7 °C to that figure.

The results also show a strong spatial correlation between deforestation and global warming. In certain deforestation ‘hot spots’, increases caused by deforestation could rise to 1.25 °C, in addition to the warming caused by greenhouse gases. Such drastic temperature increases will drive off plant and animal species and may even threaten some with extinction, warn the researchers.

The researchers used an advanced computer model based on realistic projections of the speed and the spatial pattern of deforestation to forecast changes in the Congo Basin climate. The study also maps the region’s vegetation mix – which has largely replaced felled forest in much of the region – for the first time.

The deforestation-induced warming forecasted by the model can be attributed in large part to reduced evaporation, say the researchers. Once deforestation has occurred, the solar energy that rainforests would otherwise use to evaporate water accumulates near the Earth’s surface, causing the atmosphere to warm.

This reduced evaporation also threatens precipitation levels in the region, the study predicts. However, because of the complexities of air circulation and cloud formation, the link between the spatial pattern of change and the deforestation pattern is less pronounced.

Addressing the causes of deforestation

The researchers used an average forecast of future emissions of CO2 and other greenhouse gases to arrive at their calculations. Their deforestation scenario is far from extreme. “The results point to the need to address the causes of deforestation in the Congo Basin,” says Tom Akkermans of the Regional Climate Studies research group at the University of Leuven, and lead author of the study. “Not only does deforestation in this region contribute to the global rise in temperature through CO2 emissions from wood burning, it also has a direct impact on the climate of Central Africa.”


« What is Life Cycle Assessment?