Instead of more hot black roofs radiating excessive heat upward, the Barclays Center in Brooklyn will add another green roof to the urban palette. 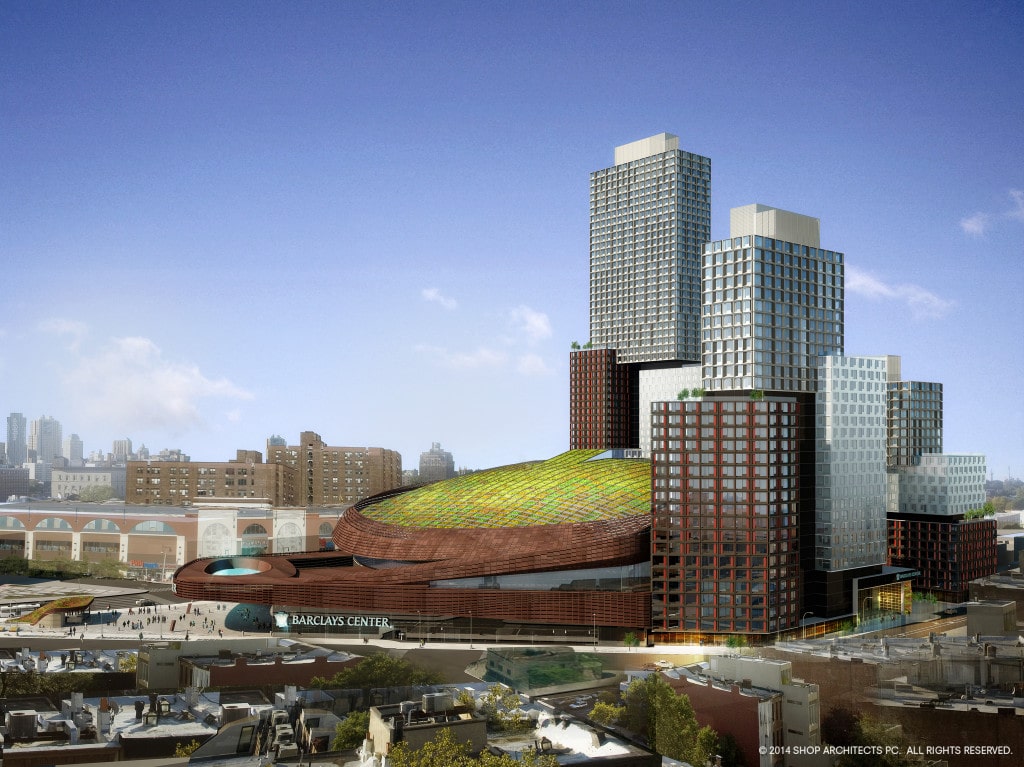 This  endeavor will be overseen by Forest City Ratner Companies (FCRC) and Shanghai-based Greenland Group Co. (Greenland). The two companies jointly announced they will install a green roof on Barclays Center in Brooklyn, the entertainment and sports venue that has quickly become an iconic landmark at the intersection of Atlantic and Flatbush Avenues.

In December, the companies inked an agreement to develop Atlantic Yards, a 22-acre residential and commercial real estate project in Brooklyn. The joint venture, which is expected to close in 2014, would cover both phase one and phase two of the project – excluding Barclays Center and the first housing tower, B2 – including infrastructure, a permanent MTA rail yard, a platform above the rail yard and future residential units.

“Our original design for the arena had anticipated a green roof as part of our effort to achieve Silver LEED certification,” MaryAnne Gilmartin, FCRC President and CEO, said in an announcement. She added in addition to providing a more appealing roof for people visiting and living around the arena, this project will enhance the space for those who will be living in the residential buildings surrounding Barclays Center.

Ifei Chang, CEO Greenland USA Holding Companies, said “We are strongly committed the environmental benefits of green roofs. But beyond that, we see this as a really strong statement to the people of Brooklyn, and really the people of the world, that Greenland is a proud partner at Atlantic Yards.”

The new roof will be built above the existing one, with an air gap that goes from four feet at the edge of the roof to 10 feet at the highest point. The new roof will be supported by a steel structure. Sedum trays will be arranged to create a “flocking” pattern complementary to the weathering steel exterior. The trays will be pre-fabricated for streamlined installation. The companies report the arena foundation was built to support this type of load, meanin minimal reinforcement is required.