Since it’s the time of year when people begin to think about things like gardening and lawns, this current study about the status of lawns in the United States seems apropos. Once there was a time when homes with green lawns seemed to be an American standard. Today that may be changing, based on concerns such as water availability and climate change, among others. How American manage their yards is the focus of this urban ecology study.

Lawns across America: Is the US becoming 1 shade of green?

Study on lawn care in cities across the country finds similarities, differences important to urban sustainability 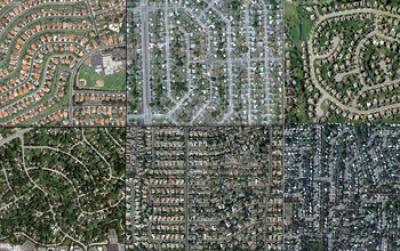 Fanned across the United States and in locations from coast to prairie to desert, what do these cities have in common?

How their human residents manage that icon of America, the urban lawn, or so hypothesized a team of scientists. However, when they conducted a study comparing residential landscapes in these six cities, they discovered that lawn care practices had fewer similarities than they expected.

Ecologists Colin Polsky of Clark University in Worcester, Mass., Peter Groffman of the Cary Institute of Ecosystem Studies in Millbrook, N.Y., and colleagues at 10 other institutions published results of their study in this week’s issue of the journalProceedings of the National Academy of Sciences (PNAS).

The project is funded by grants from the National Science Foundation’s (NSF) MacroSystems Biology Program and Long-Term Ecological Research Program.

“The approach in this study can be used to test other ideas about how people who live in cities–now more than three-quarters of Americans–decide to manage their yards,” says Henry Gholz, a program director in NSF’s Division of Environmental Biology.

“This should open a new phase in the field of urban ecology.” 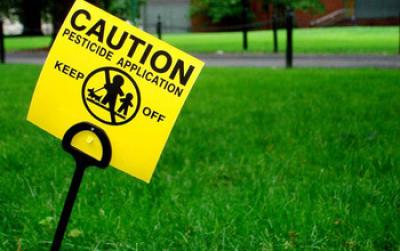 This “homogenization hypothesis,” as the team called it, was tested by reviewing responses to a lawn care survey of 9,500 residents in the six cities.

The researchers looked at whether there were similarities in lawn irrigation and lawn fertilization within each city in different neighborhoods, and across the cities in the same types of neighborhoods.

In the past year, 63 percent of respondents nationwide fertilized their yards and 79 percent watered them.

Although some urban lawn care patterns turned out to be different, others were similar.

In Los Angeles, for example, 66 percent of younger residents fertilized their lawns, while 73 percent of older residents did. In Minneapolis-St. Paul, the percentages were similar to those in L.A.: 68 and 76 percent, respectively.

What’s right outside our doors–our lawns–may be one of the best indicators of where cities and towns need to address sustainability, the ecologists found.

Lawn fertilizer contains nutrients such as phosphorus and nitrogen that wash into waterways. These nutrients cause unwanted and ecologically detrimental blooms of algae, which can rob fish and other aquatic species of oxygen and degrade water quality.

How will U.S. citizens take care of their lawns–and the ecosystems of which they’re a part–in the future?

“As our country transitions to urban sustainability planning, we need to know where, if anywhere, a common management approach is likely to work,” says Polsky.

“In many cases, place matters for how people manage residential land. We started this project thinking that all urban Americans managed their residential land the same way: with lots and lots of water and fertilizer.”

That wasn’t always the case, according to the study’s results.

“Lawns not only cover a larger extent [of land] than any other irrigated ‘crop’ in the U.S.,” the scientists write in their paper, “but are expected to expand in coming decades.

“The potential homogenization of residential lawn care has emerged as a major concern for carbon, nitrogen, phosphorus and water flows.”

Suburban and urban lawns “occupy an extensive area in the U.S. and have effects–good and bad–on environmental quality, and on human quality of life,” says Groffman.

“Yards are where our environmental knowledge, values and behavior are likely generated. The vast majority of human-environment interactions occur right in our yards.”

Infographic: Welcome to the Home of Tomorrow – Today »