A carbon nanotube sponge capable of soaking up water contaminants, such as fertilisers, pesticides and pharmaceuticals, more than three times more efficiently than previous efforts has been presented in a new study published today.

The carbon nanotube (CNT) sponges, uniquely doped with sulphur, also demonstrated a high capacity to absorb oil, potentially opening up the possibility of using the material in industrial accidents and oil spill clean-ups. 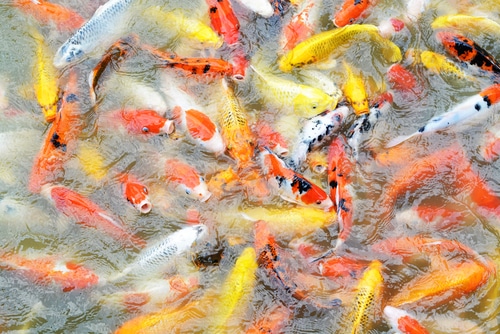 The results have been published today, 17 January, in IOP Publishing’s journal Nanotechnology.

CNTs are hollow cylindrical structures composed of a single sheet of carbon. Owing to their structure, CNTs have extraordinary thermal, chemical and mechanical properties that have led to an array of applications from body armour to solar panels.

They have been touted as excellent candidates for wastewater clean-up; however, problems have arisen when trying to handle the fine powders and eventually retrieve them from the water.

Lead author of the research Luca Camilli, from the University of Roma, said: “It is quite tricky using CNT powders to remove oil spilled in the ocean. They are hard to handle and can eventually get lost or dispersed in the ocean after they are released.

“However, millimetre- or centimetre-scale CNTs, as we’ve synthesised in this study, are much easier to handle. They float on water because of their porous structure and, once saturated with oil, can be easily removed. By simply squeezing them and releasing the oil, they can then be re-used.”

In the new study, the researchers, from the University of Roma, University of Nantes and University of L’Aquila, bulked up the CNTs to the necessary size by adding sulphur during the production process–the resulting sponge had an average length of 20 mm.

The addition of sulphur caused defects to form on the surface of the CNT sponges which then enabled ferrocene, which was also added during the production process, to deposit iron into tiny capsules within the carbon shells.

The presence of iron meant the sponges could be magnetically controlled and driven without any direct contact, easing the existing problem of trying to control CNTs when added onto the water’s surface.

The researchers demonstrated how the constructed CNT sponges could successfully remove a toxic organic solvent–dichlorobenzene–from water, showing that it could absorb a mass that was 3.5 times higher than previously achieved.

The CNT sponges were also shown to absorb vegetable oil up to 150 times of its initial weight and absorb engine oil to a slightly higher capacity than previous reported.

“The improved absorption properties of the sponge are down to the porous structure and the rough surface of the CNTs. Oils or solvent can easily be absorbed in the empty spaces amongst the CNTs, which is made easier by the rough surfaces,” continued Camilli.

“The next stage of our research is to improve the synthesis process so that the sponges can be produced on a commercial scale. We must also study the toxicity of the sponges before any real-world applications can be realised.”