The first commercial collaboration between PHG Energy (PHGE) of Nashville and GE Power & Waterbusiness of the General Electric Company is officially online and creating electricity from waste materials at a new Covington, Tenn., facility. 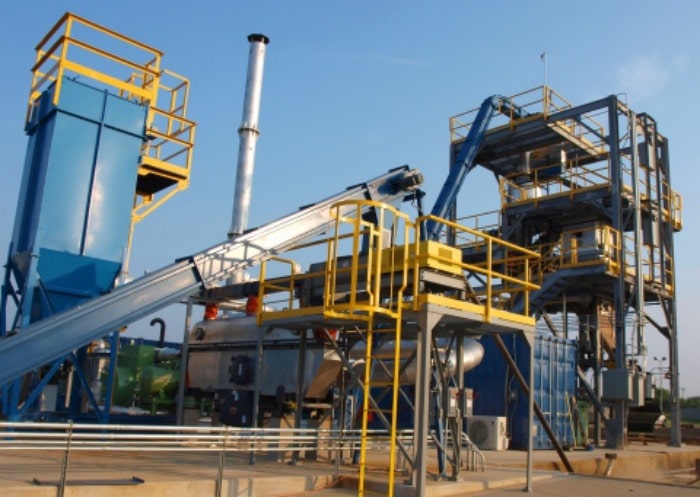 GE’s Clean Cycle generator, based on the Organic Rankine Cycle (ORC) technology, produces power by utilizing heat delivered through PHGE’s downdraft gasification system and waste-mixing process. The two companies successfully proved the coupling of the technologies in an extensive research and development project that resulted in the first collaboration. Now the system is deployed and functions using the city’s wood waste and sewer sludge. Previously both waste streams had been transported and dumped into landfills at considerable cost to the city.

“Mayor David Gordon and the city’s aldermen deserve credit for having the foresight to implement a solution that helps the environment and makes good financial sense,” said PHGE President Tom Stanzione. “By eliminating the fees associated with transporting and disposing of these waste products, and offsetting electric costs at the plant, this system will provide Covington a substantial net savings during its operational lifetime.”

The collaboration between PHGE and GE clearly provides a solution that addresses economic demands and environmental concerns.

“We are happy to collaborate with PHGE and see our two technologies working together to provide ways to use local resources to create renewable power,” said Brad Garner, General Manager Heat Recovery Solutions for GE Power & Water’s Distributed Power solutions.

GE’s Clean Cycle generator is used worldwide to convert waste heat into electricity to be used on site or sold back to the grid. At the Covington facility, the gasification of wood chips or other biomass is used to provide a clean-burning producer gas. That fuel is then combusted in a heating unit that supplies the Clean Cycle unit with the thermal source it needs to operate and generate power.

“By utilizing material previously considered waste, PHGE can efficiently produce enough heat for the Clean Cycle generator to produce electricity without creating any additional emissions or consuming any additional fuel. When used in collaboration with PHGE we’ve developed a solution that increases efficiency and reduces costs, while remaining environmentally responsible,” Garner added.

The Covington plant is electrically self-sufficient, and produces enough additional power to allow the city to offset a portion of the cost of electricity used at the adjacent wastewater treatment plant. The facility currently uses two types of feedstock in PHGE’s downdraft gasifier: city wood waste and biosolids from the treatment plant next door.

“What began with some research into renewable energy is now a working entity,” said Mayor Gordon. “The City of Covington is honored to lead the industry with a productive and sustainable high-tech innovation that also saves money.”

“Three proven technologies: GE’s Clean Cycle heat-to-power generator, PHG Energy’s downdraft gasifier and a standard heat exchanger made all the difference for maximum efficiencies at Covington,” said Stanzione, “Other combinations of equipment were tested, but GE’s Clean Cycle unit was the perfect fit. We are now ready to use this type of system to help other cities and manufacturing companies with costly waste disposal issues, or who need to reduce their carbon footprint.”

The system is expected to provide the city over $3.5 million in direct savings, according to Mayor Gordon’s estimates.

“Our gasifier is feedstock flexible, allowing the city to find other waste streams to improve the economic benefit over the life of the project. The same technology can be adapted for a variety of applications, such as drying, steam or electricity, to customize the project to the needs of the community,” said Chris Koczaja, Vice President of Engineering and Sales at PHGE.

“PHGE’s gasification systems are modular and expandable so they can be tailored to meet project requirements,” Koczaja added. “This will allow for future growth onsite or to aggregate waste streams from surrounding communities to maximize the financial benefit.”

The new system will not only keep material out of the local landfill, it will also eliminate the release of more than 450 tons of carbon dioxide into the air each year, according to information provided by the Environmental Protection Agency.

“PHGE is particularly proud of the level of collaboration that existed between our customer, key suppliers and the PHG Energy team in bringing this innovative and winning solution to Covington. We look forward to assisting others in turning costly waste streams into productive energy,” said Stanzione.

This installation marks another milestone for PHGE in the area of alternative fuels. To date, PHGE has: