Farmers may be able to help reduce emissions of the greenhouse gas nitrous oxide (N2O) by incorporating copper into crop fertilisation processes – according to new research from the University of East Anglia. 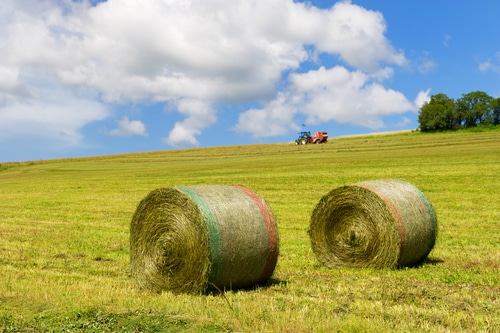 Global agricultural emissions of the gas have increased by 20 per cent in the last century as a result of widespread use of nitrogen-based synthetic fertilizers.

But new research into the processes of nutrient cycling published today reveals how farmers could mitigate the effects of this harmful gas by boosting copper levels in fields.

Lead researcher Prof David Richardson, from UEA’s school of Biological Sciences, said: “The increase in nitrous oxide in the atmosphere is largely the result of changing agricultural practices to more intensive, large scale production systems. Rapid population growth and the constant need for greater crop yields have fuelled the change.

“Agricultural N2O emissions have increased significantly and continue to rise. It is a big problem because it is a potent greenhouse gas. Molecule for molecule its potential to cause global warming is 300 times more than carbon dioxide. And it is behind almost one tenth of global radiative forcing by greenhouse gasses. But how to regulate these emissions has been poorly understood until now.”

The research team investigated a process called denitrification – a series of chemical reactions in bacteria that happen in conditions where oxygen levels are low and quantities of nitrate are high.

“Farmed soil is a prime example of such a condition, and what happens is that bacteria respire nitrate as a substitute for oxygen. We found that the gene in nitrate-utilising soil bacteria, responsible for the destruction of nitrous oxide, can be regulated when copper is added.

“So farmers could control N2O emissions by judicious use of copper in fertilizer regimes. Copper fertilizer is already used in areas where soil is copper deficient so it is already on the market.

“The next stage of research will be to compare N2O emissions from soil that is naturally high in copper, with that which is naturally low. We will also look at quantity and frequency of application.”

The next stage of the project will be part of a recently announced five million euro study into nitrous oxide production and consumption in bacteria. The Nitrous Oxide Research Alliance (NORA) is a trans-European group, of which UEA is a member.