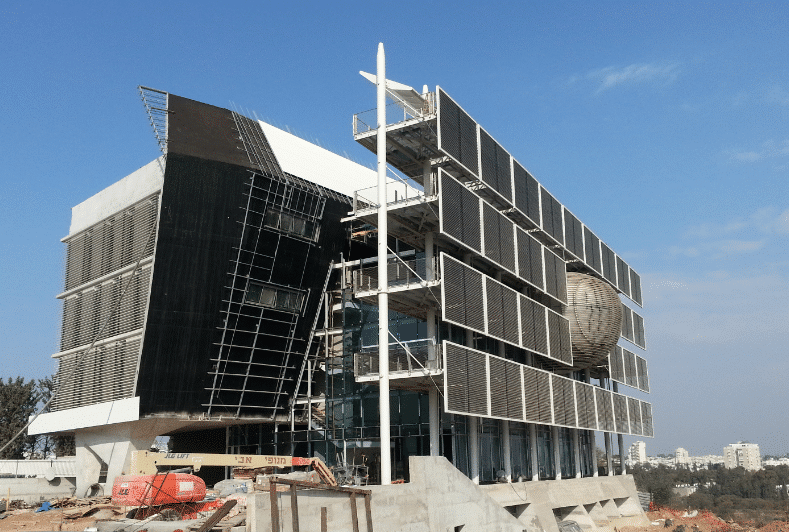 Tel Aviv University is building a new school for the Porter School of Environmental Studies that might become Israel’s first LEED-NC Platinum building. Tina Casey from CleanTechnica and I visited the building and got an introductory lecture from Dr. Arie Nesher, the Professional Director of the school. Nesher gave us a tour of the building as it is being constructed, saying that Tel Aviv University is trying to be proactive in responding to current trends.

“Enrollment is declining,” he said. Tel Aviv University has 30,000 students and 1,000 faculty, but, reflecting trends seen elsewhere, overall student enrollment has flatlined and is actually dropping off as students increasingly turn to online education to save money. “But two areas are still increasing strongly: brain science, and sustainability.”

The Porter School is offering an International MA in Environmental Studies, and intensive multidisciplinary insight into environmental studies, with a diverse curriculum covering policy, law, ecology, economics and sustainability, with a special emphasis on water issues, something that Israel leads the world with. Currently, 50% of the International MA’s student enrollment come from the U.S., and interestingly, 50% are not Jewish, according to Nesher.

Based on the concept of a learning laboratory similar to the Earth Institute at Columbia University, Yale Environment 360 and the University of Michigan School of Natural Resources and Environment, the new building will serve as a learning laboratory. One of the principle goals, according to Nesher, is to serve as a place where new clean technologies will be tested and demonstrated for integration into later construction in the country.

Among the green features of the building: 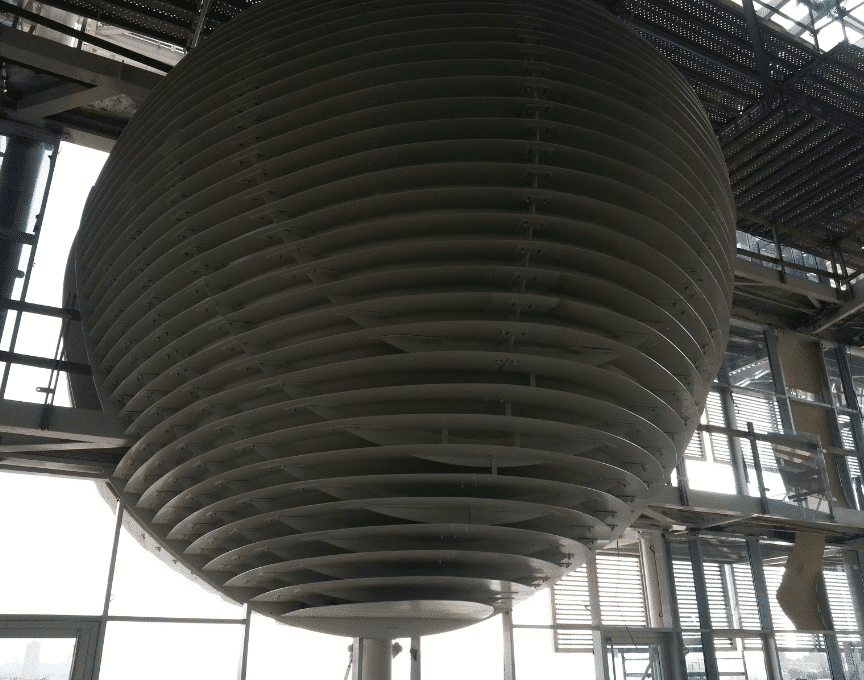 Phase II of the construction will incorporate a state of the art research center for environmental technologies and renewable energy research. The lab will be flexibly designed to support multidisciplinary research, and partnerships between industry, academia and government.

The Environmental Science school will not be part of any other curriculum in the school, but will overlap with the schools of management, sciences, medicine, arts, humanities, law, engineering and the life sciences. Students from those disciplines will come to learn about sustainability in the new LEED AP building as part of their training. Nesher said the vision is clear–to be on the same level with Stanford, NYU and many other schools that are attracting research money from multinational corporations.

In order to attract the best scientists and the best minds in the world, you need to have the best technology and the most cutting edge infrastructure. Nesher said it’s a competitive edge. He acknowledged that a recent natural gas boom in Israel has changed the national discussion a little, but people know that fracking and natural gas have a very limited time frame, and that it’s not a long term solution. Whoever is able to attract the best and brightest students and the most investment, he said, has a huge competitive edge in economic development globally. 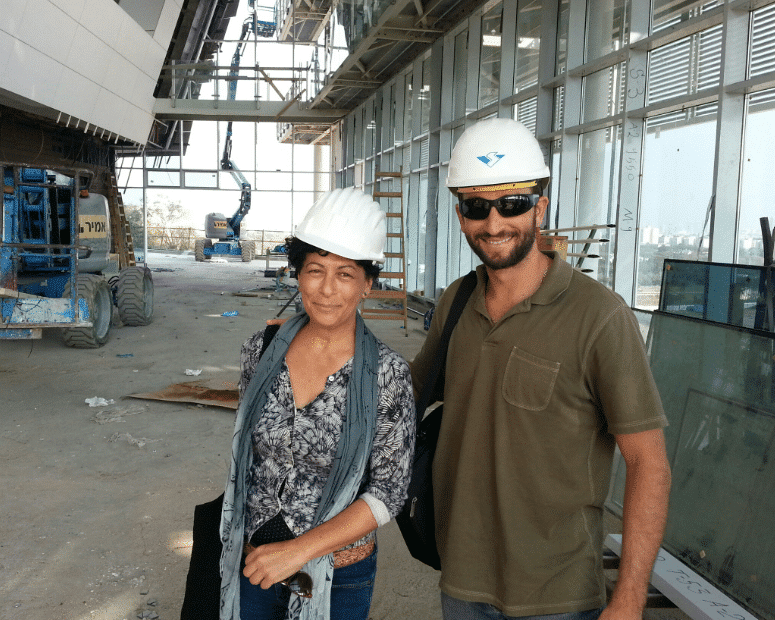 Tina Casey, from CleanTechnica, and Scott Cooney, on a sustainability tour of Israel, courtesy of Kinetis

Scott Cooney is an adjunct professor of Sustainability in the MBA program at the University of Hawai'i, green business startup coach, author of Build a Green Small Business: Profitable Ways to Become an Ecopreneur (McGraw-Hill), and developer of the sustainability board game GBO Hawai'i. Scott has started, grown and sold two mission-driven businesses, failed miserably at a third, and is currently in his fourth. Scott's current company has three divisions: a sustainability blog network that includes the world's biggest clean energy website and reached over 5 million readers in December 2013 alone; Pono Home that won entrance into the clean tech incubator known as Energy Excelera