Without further incentives selfish behavior will continue to dominate

People are bad at getting a grip on collective risks. Climate change is a good example of this: the annual climate summits have so far not led to specific measures. The reason for this is that people attach greater value to an immediate material reward than to investing in future quality of life. 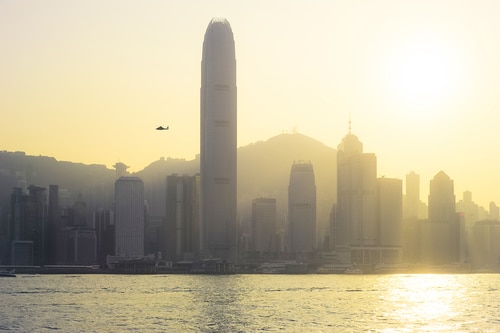 Therefore, cooperative behaviour in climate protection must be more strongly associated with short-term incentives such as rewards or being held in high esteem.

Would you rather have €40 or save the climate? When the question is put in such stark terms, the common sense answer is obviously: “stop climate change!” After all, we are well-informed individuals who act for the common good and, more particularly, for the good of future generations. Or at least that’s how we like to think of ourselves.

Unfortunately, the reality is rather different. Immediate rewards make our brains rejoice and when such a reward beckons we’re happy to behave cooperatively. But if achieving a common goal won’t be rewarded until a few weeks have gone by, we are rather less euphoric and less cooperative. And if, instead of money, we’re offered the prospect of a benefit for future generations, our enthusiasm for fair play wanes still further.

An international team of researchers led by Manfred Milinski from the Max Planck Institute for Evolutionary Biology has shown how poorly we manage collective risk. “Our experiment is based on an essay which Thomas Schelling, the Nobel laureate in economics, wrote back in 1995”, explains Milinski. Schelling pointed out that it was today’s generation which would have to make the efforts for climate protection, while it would be future generations who would gain the benefits. So the people of the present have little motivation actually to do anything. Does this gloomy theory withstand experimental scrutiny?

To find out, the researchers had to convert this problem into a simple experimental situation. They had the participants play a modified public goods game. Such games are very common in behavioural economics and always follow the same pattern. The participants receive a certain amount of money and are invited to donate a proportion of it over a number of rounds. The donated money is doubled and this amount is divided equally between the players. Anything which was not donated goes directly in the player’s pocket. The most profitable behaviour in such games is to donate nothing at all and simply benefit from the altruism of the other players.

The researchers modified the rules to incorporate averting impending climate change into the game. Each player received a starting fund of €40 and, playing over ten rounds, was able to decide how much of it to keep or donate. The donated money was invested in a climate change advertising campaign and was thus a simulated investment in climate protection. There were also bonus payments: those groups which donated more than half of their total fund were symbolically able to avoid dangerous climate change and were paid an additional €45 per participant. If the group donated less, all the players had a 90% probability of losing their endowment.

Three scenarios were devised to model the fact that the benefits of saving the climate are only felt in the future. Players from successful groups were paid their endowment either on the day after the experiment (scenario 1) or seven weeks later (scenario 2). In scenario 3, the endowment was not paid out to the players at all, but was instead invested in planting oak trees and thereby in climate protection. Over their lifetime, the trees will absorb carbon dioxide from the atmosphere and their wood will be a valuable building material for future generations.

However, not one of the eleven groups which was offered the prospect of planting oak trees achieved the donation target. On average, just €57 were paid into the climate account instead the objective of €120. That’s less than half of the target amount. In the first scenario, seven out of ten groups were successful, the participants donating on average €108, while the players in the second scenario still donated €83 (four out of ten groups were successful). “The result of our experiment paints a gloomy picture of the future”, summarises Milinski. “We were unfortunately able to confirm Schelling’s prediction – it’s a disaster.”

Climate change is the largest public goods game that has ever been played and the whole of humanity are its players. The problem is that while we are now making the payments, the fruits of our efforts will only be enjoyed very much later and they will be shared among the whole of humanity. We ourselves or our children will thus benefit only very slightly from any restrictions we place on our lives today and our motivation actually to do something is correspondingly low.

These results make it clear that if people are to invest in climate protection, they must have short-term incentives to do so. “It’s not enough simply to point to the benefits future generations will enjoy”, says Jochem Marotzke from the Max Planck Institute for Meteorology, one of the authors of the study. “Climate protection will only be effective if the people making the effort will also be able to obtain a short-term material benefit from doing so, for instance by exporting climate-friendly technology.”

Photo: Helicopter in Hong Kong sky at sunset from Shutterstock