Study: Ethanol not a major factor in reducing gas prices

As many of us have suspected for a long time, there is not much in the way of good news economically, when it comes to using ethanol in blends of petroleum. Read this study by an MIT economist. 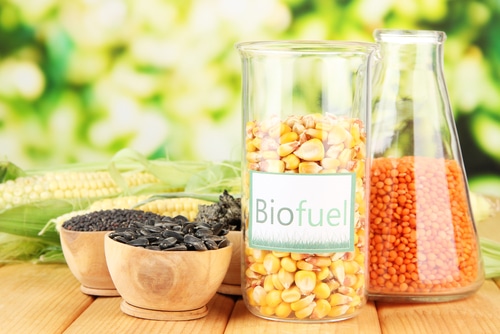 CAMBRIDGE, MA — If you have stopped at a gas station recently, there is a good chance your auto has consumed fuel with ethanol blended into it. Yet the price of gasoline is not substantially affected by the volume of its ethanol content, according to a paper co-authored by an MIT economist. The study seeks to rebut the claim, broadly aired over the past couple of years, that widespread use of ethanol has reduced the wholesale cost of gasoline by $0.89 to $1.09 per gallon.

Whatever the benefits or drawbacks of ethanol, MIT’s Christopher Knittel says, price issues are not among them right now.

“The point of our paper is not to say that ethanol doesn’t have a place in the marketplace, but it’s more that the facts should drive this discussion,” says Knittel, the William Barton Rogers Professor of Energy and a professor of applied economics at the MIT Sloan School of Management.

The vast majority of ethanol sold in the United States is made from corn. It now constitutes 10 percent of U.S. gasoline, up from 3 percent in 2003.

It is another matter, however, whether that increase in ethanol content produces serious savings at the pump, as some claim. Knittel and his co-author, economist Aaron Smith of the University of California at Davis, contest such an assertion in their paper, which is forthcoming in The Energy Journal, a peer-reviewed publication in the field.

The claim that ethanol lowers prices derives from a previous study on the issue, which Knittel and Smith believe is problematic. That prior work involves what energy economists call the “crack ratio,” which is effectively the price of gasoline divided by the price of oil.

The crack ratio is something energy analysts can use to understand the relative value of gasoline compared to oil: The higher the crack ratio, the more expensive gasoline is in relative terms. If ethanol were a notably cheap component of gasoline production, its increasing presence in the fuel mix might reveal itself in the form of a decreasing crack ratio.

So while gasoline is made primarily from oil, there are other elements that figure into the cost of refining gasoline. Thus if oil prices double, Knittel points out, gasoline prices do not necessarily double. But in general, when oil prices — as the denominator of this fraction — go up, the crack ratio itself falls.

The previous work evaluated time periods when oil prices rose, and the percentage of ethanol in gasoline also rose.

But Knittel and Smith assert that the increased proportion of ethanol in gasoline merely correlated with the declining crack ratio, and did not contribute to it in any causal sense. Instead, they think that changing oil prices drove the change in the crack ratio, and that when those prices are accounted for, the apparent effect of ethanol “simply goes away,” as Knittel says.

To further illustrate that the previous study was touting a correlation, not a causal relationship, Knittel and Smith conducted what are known in economics literature as “antitests” of that study’s model. By inserting unconnected dependent variables into the model, they found that the model also produced a strong correlation between ethanol content in gasoline and, for instance, U.S. employment figures — although the latter are clearly unrelated to the composition of gasoline.

The previous work also claimed that if ethanol production came to an immediate halt, gasoline prices would rise by 41 to 92 percent. But Knittel does not think that estimate would bear out in such a scenario.

“In the very short run, if ethanol vanished tomorrow, we would be scrambling to find fuel to cover that for a week, or less than a month,” Knittel says. “But certainly within a month, increases in imports would relax or reduce that price impact.”

Knittel has posted, on his MIT Sloan web page, a multipart exchange between himself and Dermot Hayes, an Iowa State University economist who is a co-author of the prior work. After an initial finding that ethanol reduced gasoline prices by $0.25 per gallon, Hayes and a co-author produced follow-up studies, examining about a decade after 2000, and arrived at the figures of $0.89 and $1.09 per gallon, which gained wider public traction.

Knittel acknowledges that policy decisions about gasoline production are driven by a complex series of political factors, and says his study is not intended to directly convey any policy preferences on his part. Still, he suggests that even ethanol backers in policy debates have reason to keep examining its value.

“Making claims about the benefits of ethanol that are overblown is only going to set up policymakers for disappointment,” Knittel says.