Clean Energy Fuels Corp., North America’s largest provider of natural gas for transportation, announced today that it will be the first company to commercially distribute a renewable natural gas vehicle fuel, called Redeem, made from waste streams such as landfills, large dairies and sewage plants directly to fleets around the country and at the 35 public Clean Energy stations throughout California. Thousands of cars, taxis, shuttles and industrial fleets in California are now using Clean Energy’sRedeem, which is up to 90% cleaner than diesel and 100% renewable. 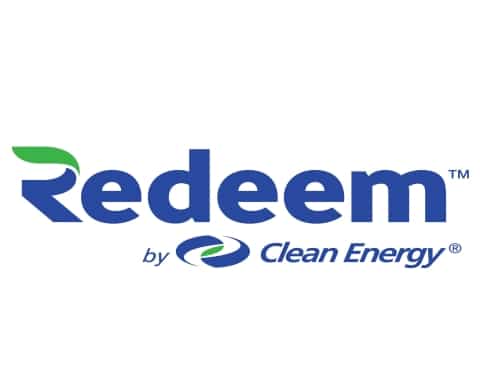 “It’s a landmark day for Clean Energy as the first company to make this revolutionary and renewable transportation fuel made from waste available to our customers,” said Andrew J. Littlefair, president and CEO of Clean Energy. “Our goal is to produce and distribute 15 million gallons of Redeem in our first year which can make significant progress towards achieving California’s climate change goals and show that this is a viable, cleaner and abundant alternative fuel source for our future.”

Clean Energy is staking a leadership position in the renewable fuels market through its significant investment in anatural gas fueling infrastructure, including 400 fueling stations throughout the nation, and in the development of multiple biomethane production facilities that are expected to produce Redeem.

“California’s leadership in addressing the threat of climate change and its commitment to reduce greenhouse gas emissions makes it the ideal state to launch Clean Energy’s Redeem fuel,” said Harrison Clay, president of Clean Energy subsidiary Clean Energy Renewable Fuels. “Redeem is the lowest carbon footprint fuel commercially available and the only affordable renewable fuel for heavy-duty trucks. We believe this creates an environmental and economic incentive for companies inside and outside California who are looking to make a major reduction in the greenhouse gas emissions from their fleet operations while still saving on their fuel bill. Redeem makes that possible.”

According to California Air Resource Board estimates, Redeem sourced from landfill gas can enable up to a 90% reduction in carbon emissions when displacing diesel or gasoline in CNG. A fleet that consumes 1,000,000 gallons of gasoline per year can reduce their greenhouse gas emissions by approximately 9,700 metric tons by switching to Redeem, which is the equivalent of taking 1,940 passenger cars off the road per year.

“Clean Energy’s new Redeem product will help cut greenhouse gas emissions on our roads while providing customers a lower-priced fuel when compared to gasoline or diesel. I applaud Clean Energy’s vision to provide a fuel that is both good for the consumer and the air we breathe,” said California Air Resources Board Chairman Mary D. Nichols.

Redeem by Clean Energy is a renewable natural gas vehicle fuel, often referred to as biomethane. It is derived from biogenic methane orbiogas, which is methane that is naturally generated by the decomposition of organic waste. Clean Energy captures and extracts methane gas from its landfills and other waste streams. The methane gas is then processed, purified and sent into the interstate natural gas pipeline and made available exclusively to Clean Energy customers. Today, Clean Energy is producing Redeem at biomethane production facilities in Dallas, Texas; Canton, Mich.; and is constructing a third facility in Millington, Tenn., with plans to develop other production facilities across the country. Clean Energy also sources biomethane from third parties to market and distribute as Redeem vehicle fuel. For graphics and additional information, visit http://www.redeembycleanenergy.com.