Synthetic gas is sometimes not the best alternative available, especially when it has been produced in coal-powered factories. Read the following release. 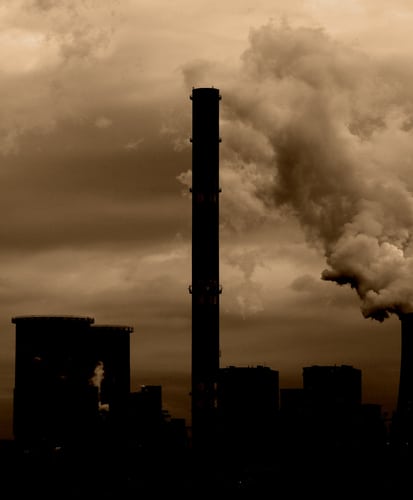 DURHAM, N.C. — Coal-powered synthetic natural gas plants being planned in China would produce seven times more greenhouse gas emissions than conventional natural gas plants, and use up to 100 times the water as shale gas production, according to a new study by Duke University researchers.

These environmental costs have been largely neglected in the drive to meet the nation’s growing energy needs, the researchers say, and might lock China on an irreversible and unsustainable path for decades to come.

“Using coal to make natural gas may be good for China’s energy security, but it’s an environmental disaster in the making,” said Robert B. Jackson, Nicholas Professor of Environmental Sciences and director of the Duke Center on Global Change.

“At a minimum, Chinese policymakers should delay implementing their synthetic natural gas plan to avoid a potentially costly and environmentally damaging outcome,” said Chi-Jen Yang, a research scientist at Duke’s Center on Global Change. “An even better decision would be to cancel the program entirely.”

Yang is lead author of the new study, which was published Thursday in the peer-reviewed journal Nature Climate Change.

“These plants are coming online at a rapid pace. If all nine plants planned by the Chinese government were built, they would emit 21 billion tons of carbon dioxide over a typical 40-year lifetime, seven times the greenhouse gas that would be emitted by traditional natural gas plants,” Jackson said.

“If all 40 of the facilities are built, their carbon dioxide emissions would be an astonishing 110 billion tons,” Jackson said.

The analysis by Yang and Jackson finds that if the gas produced by the new plants is used to generate electricity, the total lifecycle greenhouse gas emissions would be 36 percent to 82 percent higher than pulverized coal-fired power.

If the synthetic natural gas made by the plants were used to fuel vehicles, the lifecycle greenhouse gas emissions would be twice as large as from gasoline-fueled vehicles.

“The increased carbon dioxide emissions from the nine government-approved plants alone will more than cancel out all of the reductions in greenhouse gas emissions from China’s recent investments in wind and solar electricity,” Yang said. “While we applaud China’s rapid development in clean energy, we must be cautious about this simultaneous high-carbon leapfrogging.”

The study notes that the plants would also emit hydrogen sulfide and mercury, which, if not properly scrubbed and treated, are potentially harmful to human health.

Excessive water consumption by the plants is also a concern.

“Producing synthetic natural gas requires 50 to 100 times the amount of water you need to produce shale gas,” Yang said. “The nine plants approved by the government — most of which are located in desert or semi-desert regions in Xinjiang and Inner Mongolia — will consume more than 200 million tons of water annually and could worsen water shortages in areas that already are under significant water stress.”

The overall environmental impacts will be severe, Jackson said. “It will lock in high greenhouse gas emissions, water use and mercury pollution for decades. Perhaps there’s still time to stop it.”