A new, relatively inexpensive means of producing hydrogen fuel from water — relying on charcoal powder and lasers — has now been created by researchers. The new method owes its relative affordability to the cheaper materials involved — charcoal and carbon powder rather than expensive catalysts or high-power electric currents.

As of now, though, the technique is only proven on very small scales — until the method is modified to produce larger quantities of hydrogen, applications will be limited. 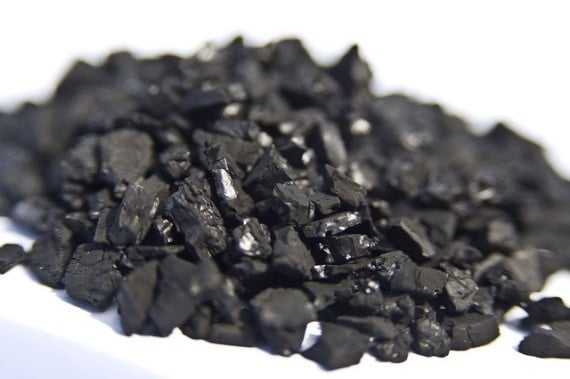 Ikuko Akimoto and colleagues point out that traditional approaches to breaking down water, which consists of hydrogen and oxygen, involve use of expensive catalysts or electric current passed through water. Since economical production of hydrogen from water could foster a transition from coal, oil and other fossil fuels, scientists have been searching for less expensive catalysts. Those materials speed up chemical reactions that otherwise would not work effectively. Based on hints from research decades ago, the scientists decided to check out the ability of carbon powder and charcoal powder, which are inexpensive and readily available, to help split hydrogen gas from oxygen in water.

Akimoto’s team tested carbon and charcoal powders by adding them to water and beaming a laser in nanosecond pulses at the mixtures. The experiment generated hydrogen at room temperature without the need for costly catalysts or electrodes. Its success provides an alternative, inexpensive method for producing small amounts of hydrogen from water.

The new research was just published in ACS’ Journal of Physical Chemistry C.

The researchers acknowledge that they received funding from the Original Research Support Project of Wakayama University.

International Indoor Soccer Arena Switches To Solar To Save Money »