Significantly reduced water levels are on the agricultural horizon.

If current irrigation trends continue, 69 percent of the groundwater stored in the High Plains Aquifer of Kansas will be depleted in 50 years. But immediately reducing water use could extend the aquifer’s lifetime and increase net agricultural production through the year 2110. 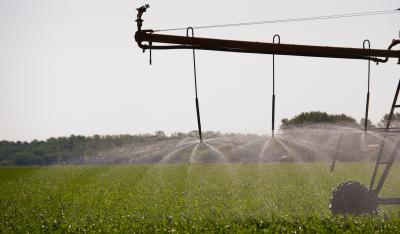 Those findings are part of a recently published study by David Steward, professor of civil engineering, and colleagues at Kansas State University. The study investigates the future availability of groundwater in the High Plains Aquifer — also called the Ogallala Aquifer — and how reducing use would affect cattle and crops. The aquifer supplies 30 percent of the nation’s irrigated groundwater and serves as the most agriculturally important irrigation in Kansas.

“Tapping unsustainable groundwater stores for agricultural production in the High Plains Aquifer of Kansas, projections to 2110” appears in the scientific journal Proceedings of the National Academy of Sciences of the United States of America, or PNAS. The study took four years to complete and was funded by the National Science Foundation, the U.S. Department of Agriculture and Kansas State University’s Rural Transportation Institute.

“I think it’s generally understood that the groundwater levels are going down and that at some point in the future groundwater pumping rates are going to have to decrease,” Steward said. “However, there are lots of questions about how long the water will last, how long the aquifer will take to refill and what society can do.”

Using measurements of groundwater levels in the past and present day in those regions, Steward and colleagues developed a statistical model that projected groundwater declines in western Kansas for the next 100 years and the effect it will have to cattle and crops.

Although the High Plains Aquifer will continue declining, researchers anticipate even greater efficiencies in water use during the next 15-20 years.

“Society has been really smart about using water more efficiently, and it shows,” Steward said. “Water use efficiencies have increased by about 2 percent a year in Kansas, which means that every year we’re growing about 2 percent more crop for each unit of water. That’s happening because of increased irrigation technology, crop genetics and water management strategies.”

As a result, researchers anticipate that while peak water use will happen around 2025, western Kansas will see increased corn and cattle production until the year 2040. What happens past that time frame depends on what decisions are made about reducing the use of the aquifer’s water in the near future, Steward said.

The team conducted several hypothetical scenarios that reduced the current pumping rate by 20 percent, 40 percent, 60 percent and 80 percent. Steward said the researchers went as high as 80 percent because that closely aligned with the aquifer’s natural groundwater recharge rate of about 15 percent of current pumping.

“The main idea is that if we’re able to save water today, it will result in a substantial increase in the number of years that we will have irrigated agriculture in Kansas,” Steward said. “We’ll be able to get more crop in the future and more total crop production from each unit of water because those efficiencies are projected to increase in the future.” 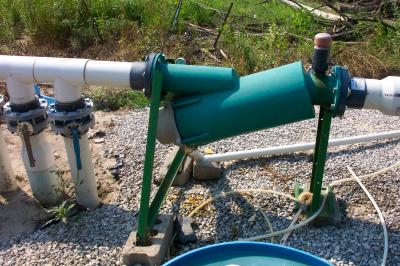 Steward said he hoped the study helps support the current dialogue about decisions affecting how water can help build resiliency for agriculture in the future.

“We really wrote the paper for the family farmer who wants to pass his land on to his grandchildren knowing that they will have the same opportunities that farmers do today,” Steward said. “As a society, we have an opportunity to make some important decisions that will have consequences for future generations, who may or may not be limited by those decisions.”

Renewables Top 14% of U.S. Electrical Generation During First Half of 2013 »