In the southern states of the U.S., air conditioner power consumption increased by 43% since 1993. While that isn’t a shocking explosion, it has been on the rise for a long time. This isn’t just a brief spike. In that region, air conditioners now account for 21% of all power consumption. This is very significant for a single type of appliance. The rest of the appliance account for much smaller fractions than that. 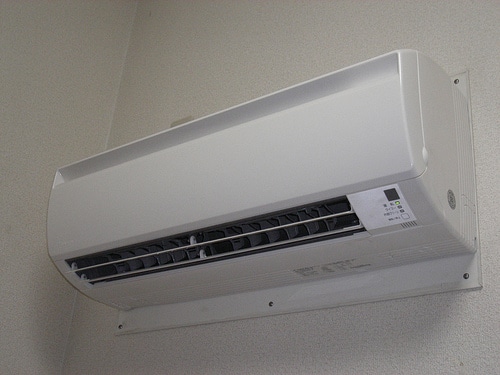 Nationwide, air conditioner power consumption increased as well over this time period…by 39%. The southern states are known for hot weather, especially Texas and Arizona. Fortunately, those in Arizona have the ability to use evaporative cooling due to Arizona’s low-humidity climate.

Room air conditioners tend to be far more energy-efficient than central systems due to the fact that they are normally used to cool only the room that you are in at the moment, while central units cool the entire house, and have a large duct system which wastes some of the cooling capacity of the unit.

writes on CleanTechnica, Gas2, Kleef&Co, and Green Building Elements. He has a keen interest in physics-intensive topics such as electricity generation, refrigeration and air conditioning technology, energy storage, and geography. His website is: Kompulsa.com.
WebsiteTwitter