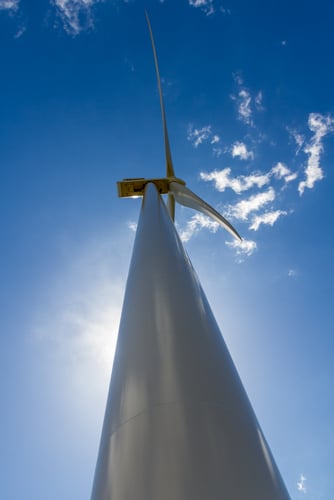 Energy generated by the eight-turbine wind farm would be the equivalent to the required energy needs of approximately 9,000 homes in the Monterrey, Mexico, region.

“Thanks to this project, we will be able to supply electricity for the next 20 years and generate important saving to the counties, which currently need the money to restore their finances, improve public services and continue working on security issues in Monterrey,” stated Carlos Jinich, general manager, Comexhidro.

The Santa Catarina wind farm is a result of a joint effort between Comexhidro Viento, Next Energy de México and Conduit Capital, which, by using GE technology, will be able to supply energy to six counties: Santa Catarina, Monterrey, Apodaca, Escobedo, Nicolás de los Garza and Los Ramones. The counties will use this energy for municipal needs, including public lighting.

“We are proud to be a part of the Santa Catarina wind farm and bring advanced renewable energy technology to Mexico,” said Anne McEntee, president and CEO of GE’s renewable energy business. “This project marks the beginning of the potential our customers see for wind energy in the country.”

The 2.75-103 machine is part of GE’s evolutionary technology portfolio, which builds on the success and the global experience of GE’s 21,000 wind turbines installed globally.