Home energy use in Mexico has surged higher along with urban sprawl in recent decades. Successive Mexican administrations have responded to intensifying public demands for affordable housing by subsidizing construction of concrete-block, brick and mortar homes with nothing in the way of insulation, climate control or energy efficiency features. 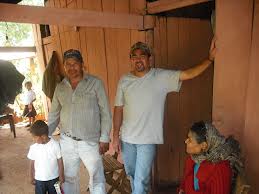 Credit: A Future Without Poverty, Inc.

Having passed a national climate change law in 2012, the Mexican government aims to remedy the situation by turning to an innovative green home loan program the aim of which is to reduce energy consumption and lower the housing sector’s direct and indirect contributions to carbon and greenhouse gas (GHG) emissions. The Eco House program offers new home buyers housing with energy and emissions-saving features — such as roof insulation and solar water heating — at the same cost as conventionally built affordable housing, the Thomson Reuters Foundation’s Talli Nauman explains in a report.

Residential sector energy consumption has risen steadily over recent decades and now accounts for around 16% of Mexico’s national energy usage and 3% of its direct GHG emissions. That makes reducing energy usage and emissions in the housing sector all the more important if the country is to achieve a nationally legislated target of cutting GHG emissions in half from 2002 levels by 2050.

The Mexican government expects the Eco House program will reduce housing sector GHG emissions by at least 20% come the end of the decade. Up to $150 million in loans has been raised in support of the program, $50 million of which is coming from the $5.2 billion Clean Technology Fund, one of two Climate Investment Funds (CIF) established via the UN Framework Convention on Climate Change (UNFCCC) and managed by the World Bank Group.

The program’s principal aim, explains Mónica Healy Hegewisch, a member of the Inter-American Bank’s infrastructure and environment group, is “to prompt climate-friendly design, adjusting it to the characteristics of each locale, and develop new construction systems of higher quality and efficiency.”

A revolving fund has been established via which home builders can qualify for as much as $350 million in low-cost loans over the next seven years, with funds provided in equal shares by German economic development bank KfW, the Inter-American Development Bank, and the Mexican Development Bank’s Federal Mortgage Society.

This type of innovative affordable housing financing mechanism is one of the first climate-linked models being pilot tested by the World Bank and its international partners as a means of reducing GHG emissions and boosting energy efficiency in developing countries around the world.

In order to qualify for Eco House Program financing, Mexican home builders have to outfit new homes with energy efficiency features that have been overlooked in previous affordable housing programs. These include roof and wall insulation, double-pane windows, solar water heating and energy-efficient refrigerators.

The Eco House Program builds and expands on the success of Mexico’s Green Home Mortgage Program, which enabled some 900,000 Mexicans to take out mortgages on energy-efficient homes from 2007 to 2012. Financing is being extended to public sector employees and private sector individuals ineligible for Green Mortgages.

Water consumption in the new homes purchased via the Green Mortgage Program is 60% less than that of conventionally built homes. Gas consumption is reduced 50% and electricity consumption 40%. All told, that’s resulted in a 1.2 ton per dwelling per year decline in home greenhouse gas emissions, according to program data.

Construction of the first Eco House program homes began this past December. Three developers have finished building 84 Eco Houses in the south central state of Hidalgo. In total, some 27,600 Eco Houses are expected to be built before 2020.

I've been reporting and writing on a wide range of topics at the nexus of economics, technology, ecology/environment and society for some five years now. Whether in Asia-Pacific, Europe, the Americas, Africa or the Middle East, issues related to these broad topical areas pose tremendous opportunities, as well as challenges, and define the quality of our lives, as well as our relationship to the natural environment.
WebsiteGoogle+
Over 8700+ Readers