In the 1960s Dustin Hoffman movie, “The Graduate,” a man hoisting a drink at a cocktail party declares to a business associate: “The future’s in plastic.” As time marched on, it turned out these words were absolutely correct, whether or not you happen to like the material, and the chemical formulations that make the material possible. PVC can be placed in this category. For a perspective, ask any home owner who has had to replace their decrepit clay sewer line, a victim of age or tree roots, if the replacement PVC line was a superior choice. Guest writer Alan Matchett looks at PVC today from a standpoint of durability, cost, and safety. 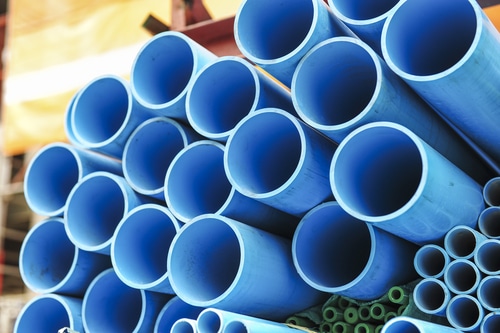 When it comes to building materials, it has long been the key attribute that stands alone and apart from all other considerations – with the notable exception of cost.

But for that MOST durable of materials – PVC – it’s something of a double-edged sword. Its near-indestructibility, an undeniable advantage at times, is the very thing that has seen its use dogged by controversy, a controversy that’s not likely to disappear any time soon as PVC’s popularity continues to grow.

Environmentalists warn of the undesirability, indeed danger they would argue, of a material that, decades after the end of its working life, will not have degraded even slightly, let alone bio-degraded.

The construction industry, however, continues to embrace what it sees as a tried and tested, adaptable and cost-effective material with a virtually endless array of uses.

The PVC industry points, with understandable satisfaction, to a raft of impressive academic studies, the conclusions of which all – broadly – boil down to this; PVC’s impact on the environment is no worse than any equivalent materials.

So should we continue to use PVC?

It would be impossible, within the confines of this short article, to exhaustively explore all the arguments but we can, at least, set out the key points of the debate.

As a well-known television ad from years gone by used to warn us: “Here comes the science part”: PVC stands for polyvinyl chloride. Chlorine! The very mention of it is enough to send the most placid of eco-warriors into a placard-waving fury.

It is, they argue, a hazardous, poisonous, gas used in everything from chemical weapons to CFCs to DDT pesticides, none of them seen as exactly friends of the environment.

But less than a third of Europe’s chlorine production actually goes into PVC and, while the industry accepts it IS a hazardous material, it points out that there hasn’t been a single fatal accident involving its transport in Europe in half a century.

Cancer fears also surround some of the chemicals and additives used in PVC. But, as so often with these things, scientific opinion is deeply divided. One report concluded that it was just as safe to eat off a piece of lead-stabilised PVC pipe as off a ceramic plate.

Claim and counter-claim continue when it comes to that thorny issue we examined at the start of this piece; disposal. Consider one percent. That, says Greenpeace, is the amount of PVC recycled compared to consumption. The same figure is bandied about by the PVC industry, only this time it is the fact that PVC accounts for less than one per cent of Europe’s domestic waste.

And so it goes on.

The reality, however, is that PVC is not going away in the foreseeable future. Its cost-effectiveness alone will ensure that. The PVC industry goes to great lengths to address all the fears and concerns that surround its product. Some are rooted in genuine anxiety; others are little more than urban myth.

Ultimately, it is a personal decision, but there is growing evidence that more and more consumers as well as builders are embracing PVC in more and more ways. The once utilitarian, somewhat dowdy material tucked out of sight as U-bends or drains has reinvented itself as a chic, clean, minimalist adornment taking pride of place in the living areas, kitchens and bathrooms of modern homes. The controversy it seems has done it little harm.

There’s no such thing as bad publicity? Hmmm… perhaps not for PVC with its image proving to be almost as durable as it is.

Author: Alan Matchett has written many articles providing helpful tips for on DIY, home improvement and construction, including this sponsored post for IPSLUK.