One of the major criticisms of energy saving wonder-lighting LED light bulbs is that the light is too cold, clinical and generally unappealing for use in the home. Withe the EU ban on halogens, however, LED lights are not just the more eco-friendly choice, they are increasingly the only choice. 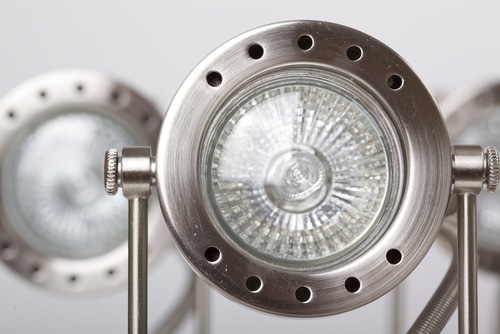 LEDs produce light by passing electrons through a semiconductor material, often paired with phosphors that glow. Unfortunately, these phosphors don’t emit the broad range of colours needed to make warm light. But an alternative approach is to combine different phosphors to create different coloured light.

Scientists at the Oak Ridge National Laboratory in Tennessee have been studying a new type of crystal to improve the luminescence of LED lights. These scientists hope that the blend of colours that these crystals yield will create a warmer light.

The nanocrystals being used have been grown from europium oxide and aluminium oxide powder; these materials are ‘dopants,’ which means that it has good phosphorescent properties. They glow in lots of different colours because of their varying atomic structures. The atomic structures of the yellow and blue crystals have never been seen before, and so are being studied closely to help the crystals convert energy into light.

Research like this is key to making LED lights even more usable in the home. Now they are mainly marketed as replacements for halogen bulbs, because of their white light. If they are advanced so they produce a warmer light, then they could be used in regular lamps and lights around the home for ambient and mood lighting.

If you’re interested in buying LED lights for your home, then check out www.downlights.co.uk. They offer a wide range of different types of LED downlights, from cool (4000k) to warm white (2700k). They use a colour chart that helps you to pick which kind of LED light is best for you, so you don’t unwittingly buy a colour that is too bright for the room. Cool whites work best in white or blue rooms, or in commercial settings, such as a bathroom showroom, and warm whites work best with warmer colours such as orange or yellow.

As technology continues to advance, mainstream users will eventually be able to have LED lights in warm, candle-like light, and will enable to use LED lights in every room in the house.