Battery Made Of Wood Could Be Much Greener

There’s a lot of research going on in the realm of batteries these days. It seems like there’s a “battery breakthrough” announced almost every day. Clearly, all these battery breakthroughs won’t make it to commercialization, and it’s hard to identify which will. This new battery made of wood one could be promising… but would the wood really come from sustainable forestry? A lot to think about and discuss here, but at least worth a read. Check out this CleanTechnica repost and see what you think:

An environmentally friendly, efficient, and long-lasting battery created out of wood? Sounds too good to be true? Well it may not be — researchers say that they have now developed just such a battery. 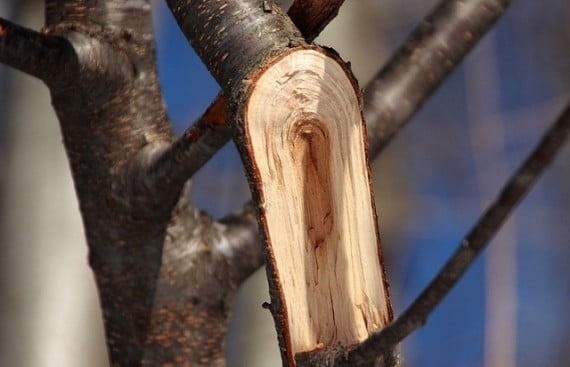 The tiny new battery — composed of a sliver of wood coated with tin — appears to have great potential, already showing itself to be among the most long-lasting of all sodium-ion nanobatteries. The researchers think that batteries based on this new technology would be best suited for large-scale energy storage — such as storing the excess energy produced by some renewable energy installations — due to the relatively low cost of the materials involved.

With regards to the inspiration for the battery design, the researchers noted that wood fibers are naturally designed to hold mineral-rich water, water that is very similar to the electrolyte in batteries…. Why not explore the use of wood as the base of an experimental sodium-ion battery? This would help to address to reality “that today’s batteries often use stiff, non-flexible substrates, which are too rigid to release the stress that occurs as ions flow through the battery.”

The device created from this exploration has already shown itself to be rather promising — successfully lasting through a full 400 charge-discharge cycles.

“The inspiration behind the idea comes from the trees,” said Liangbing Hu, an assistant professor of materials science. “Wood fibers that make up a tree once held mineral-rich water, and so are ideal for storing liquid electrolytes, making them not only the base but an active part of the battery.”

“Close-up image of wood fibers. “Wood fibers that make up a tree once held mineral-rich water, and so are ideal for storing liquid electrolytes, making them not only the base but an active part of the battery.”
Image Credit: University of Maryland)

It’ll be interesting to see what becomes of this technology — none of the materials involved are very expensive, and the manufacturing doesn’t seem as though it would be very expensive either.

The researchers received support from the National Science Foundation and the University of Maryland NanoCenter.

The new research was just published in the journal Nano Letters.

Too Green to be True — Literally? Researchers Develop Effective Method for Converting CO2 into Methanol »

is the director of CleanTechnica, the most popular cleantech-focused website in the world, and Planetsave, a world-leading green and science news site. He has been covering green news of various sorts since 2008, and he has been especially focused on solar energy, electric vehicles, and wind energy for the past four years or so. Aside from his work on CleanTechnica and Planetsave, he's the Network Manager for their parent organization – Important Media – and he's the Owner/Founder of Solar Love, EV Obsession, and Bikocity. To connect with Zach on some of your favorite social networks, go to ZacharyShahan.com and click on the relevant buttons.
WebsiteFacebookTwitterGoogle+LinkedIn
Over 8700+ Readers