Wind energy capacity is growing rapidly in the cold climates of the world. According to the latest forecasts, between 45 and 50 gigawatts of wind energy will be built in cold climates by 2017, which would mean an increase of as much as 72 per cent since the end of 2012 and investments amounting to approximately EUR 75 billion. 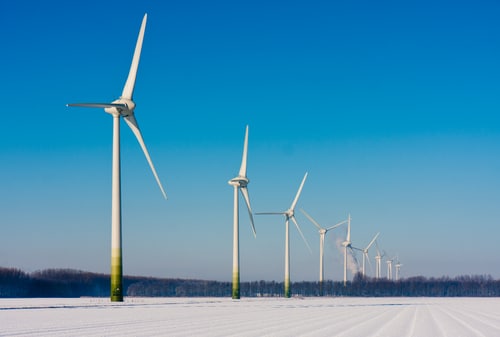 “This is a huge opportunity,” says Research Scientist Tomas Wallenius from VTT Technical Research Centre of Finland. “There has been a lot of talk about the potential of offshore wind power, but the market for cold climate wind energy is more than ten times greater. We already have the tools to harness the potential of cold climate wind energy cost-effectively, while offshore wind energy is still at the research and development stage.”

VTT has conducted the first ever study into the feasibility of building wind turbines across the globe in areas where cold climate and icy conditions place special demands on wind turbine technology. In addition to Scandinavia and Canada, these areas also include parts of Central Europe, the United States and China. The VTT study has been incorporated into the BTM World Market Update 2012 report (Navigant Research 2013), one of the most highly regarded wind energy publications in the world. Cold climates represent encouraging potential for wind energy companies because of their sparse population and favourable wind conditions. These areas experience higher winds in winter than in summer, and the density of cold air increases production capacity. However, turbine blades are highly susceptible to icing. Although icing causes production losses of 3 per cent per year, losses can be reduced with the help of anti-icing systems.

The global financial crisis has made it more difficult to find funding for all kinds of energy investments. Nevertheless, both electricity producers and consumers are still interested in green energy. Wind energy also has the added benefit of predictability: production costs are easier to calculate in the absence of fuel price variations.

“Our research shows growing demand for anti-icing solutions, which are also developed by VTT in Finland. Another good example of a pioneer in this field is Labkotec Ltd, which is the global market leader in ice detection technology. Competition in this sector is fierce, but products and services for cold climates require specialist expertise which we in Finland have and which we can continue to develop. With good engineering, the challenges posed by cold and icy conditions can be overcome in a financially viable manner.”