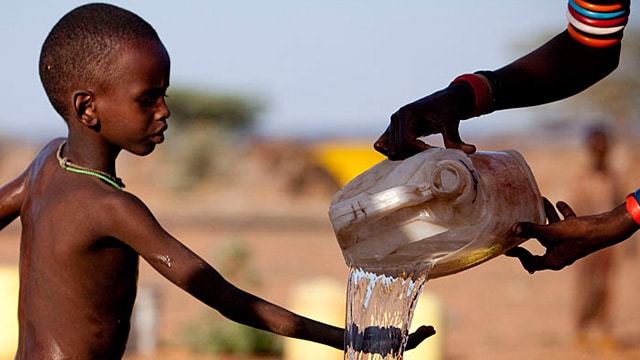 According to the World Health Organization, the lack of clean water accounts for the premature death of 1.7 million people a year. Harmful organisms, bacteria and pollutants are found in water supplies of developing nations, where governments lack the resources to implement widespread water sanitation. And without easy access to medical care and antibiotics, people in water-poor countries often succumb to waterborne illnesses.

In the United States, the majority of people have access to sanitary water, regulated by the government. And even in areas that rely on well water – which is not subject to any regulatory guidelines – people have plenty of options for removing unwanted substancesfrom water. In other parts of the world, low-cost, easily implemented water purification methods may be the key to battling waterborne illness. Read on to find out what is being done to increase access to clean water around the world.

Inadequate waste disposal methods, contaminated water sources and the lack of awareness about proper hand-washing all contribute to the spread of waterborne disease. The pervasive threats in developing countries are bacteria and organisms that are commonly found in human or animal waste, which can contaminate water supplies when waste disposal areas are too close to drinking water sources. People who have ingested water contaminated with harmful organisms usually experience nausea, vomiting, diarrhea, dehydration – and in extreme cases, or in the very young – death.

A great deal of humanitarian aid is devoted to helping developing countries provide clean water for their people. Volunteers help dig fresh wells in water-deprived communities where people have been drinking water from polluted and muddy water sources. Community leaders are educated about ways to prevent their well water from becoming contaminated and standards for human waste disposal. And residents learn about proper hand-washing techniques, as dirty hands can quickly spread disease. Still, even with the amount of outreach taking place, people need ways to make water potable.

Joshua Pearce, associate professor of materials science and engineering at Michigan Technological University, recently revealed his inexpensive means of providing safe, healthy drinking water. Pearce calls his method Solar Water Disinfection, or SODIS, and it has the potential to save millions of lives because of the inexpensive materials involved and ease of use.

Pearce says that heat and radiation will kill harmful contaminants in water; the SODIS method is simply filling a clear plastic bottle with clear water and setting it in the sun for six hours. However, in developing countries, finding clear water can be a challenge, since water sources may contain muddy sediment.

Working with Brittney Dawney, a student at Queen’s University in Ontario, Canada, Pearce found that simple table salt was effective in removing mud from water. When added to muddy water, salt binds with clay particles and settles to the bottom of the water container. It’s then easy to strain the water and remove the mud, making the SODIS method possible.

People who have the luxury of enjoying fresh tap water in their homes may think that manually removing mud and disinfecting water with sunlight seems like a lot of work. But in parts of the world where fresh water is scarce, it’s a viable solution to a life-threatening problem.