Understanding the Benefits of LED Lights for Industrial Needs

This guest article from UK-based Catherine Dickinson explores the evolution of the LED and its emerging place in the industrial sector. The initial price point for LED bulbs is considerably more expensive, however, when analyzing the lifecycle picture, the energy savings and projected lifespan are rather convincing. 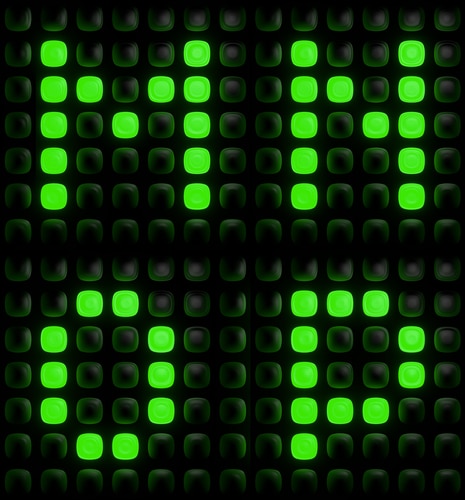 Environmentalists have been singing the praises of LED lights in domestic applications for some time now, but innovations in LED lighting have opened up new avenues for LED applications in all sorts of other areas.  Trials have been done to explore LED lighting in social housing, LEDs are starting to replace traditional street lights and particular lamps called LED corn lamps (so-called because they look like corn on the cobs) have been developed for use in industry.  But what are the benefits of LED lighting in industry? Are they reliable enough to replace more traditional bulbs?

It’s easy to assume that new LEDs resemble early CFLs in terms of brightness and performance.  The reality is that LEDs easily match the lumens of more traditional bulbs because LED light is simply brighter than the alternatives.  In 2009 Transport for London trialled LED lights in the interior of buses with 54% of passengers responding that they preferred LED lighting to just 6% saying they preferred non-LED lighting.  The main factors influencing their preference were the quality of light in terms of visibility, brightness, clarity and that passengers could read.  And it takes less power to achieve this better brightness; a 50watt incandescent bulb can be replaced with a 6watt Led bulb and match it in lumens.

Not only are LEDs generally considered to deliver a better quality of light, but they are also built to last and save energy.  A typical domestic LED light bulb will last 25 times longer than an incandescent bulb, and a study carried out by the Energy Saving Trust has indicated that 3 million kWh per year could be saved by introducing LED lighting in social housing.  All these advantages can be capitalised on by industrial companies.

EU legislation is phasing out Halogen and SON lamps which are typically used to light warehouses and factories and this means lighting will have to be changed across the board in industry.  LED alternatives have been developed which cut costs, perform better than previous lamps and last longer.  Corn lamps reduce energy use by up to 75%.  A 400w old lamp can be replaced with a 100w LED corn lamp, provide the same brightness and save £90 a year.  A small warehouse with just ten lamps could save approximately £900 per year and the lamps themselves last 50,000 hours or 16 and a half years.  On just one lamp a company could save £1485 over its lifetime. Initially LED lights were expensive, but effort has been made to reduce the initial cost that lamps affordable from the off as well as saving money.

These aren’t minor savings and they can hugely impact upon the efficiency and cost-effectiveness of a warehouse, factory or any other industrial building. And since LEDs have been developed to perform exceptionally and be affordable up-front, they are an ideal alternative to more traditional bulbs which are being phased out by the EU.