Raising plants for biofuels is many farmers’ dream. The lucrative crops grow with a minimal amount of work and can be harvested using existing equipment. However, some plants that are ideal for bioenergy production come with a drawback — they can potentially become invasive weeds that can cause billions of dollars in economic damage.

Careful introduction of new species for production of more energy per acre is increasingly critical, as is the evaluation of new or bioengineered plants for agricultural or horticultural uses. 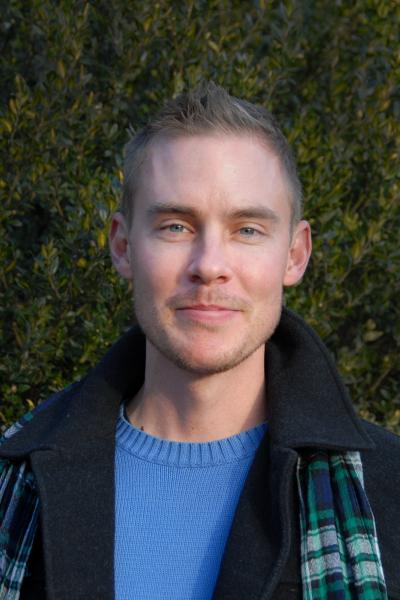 Jacob Barney, an assistant professor of plant pathology, physiology, and weed science in the College of Agriculture and Life Sciences at Virginia Tech.
Credit: Virginia Tech

A Virginia Tech researcher, along with another scientist and two attorneys, has authored an innovative article in the journal BioSciencethat proposes a way to improve and streamline the regulatory methodology for evaluating the invasive potential of plants, especially biofuel feedstocks, that are under consideration for large-scale cultivation.

“We did this analysis to draw attention to state noxious weed lists and to suggest ways to help prevent additional plants from escaping cultivation and potentially becoming noxious or invasive species,” says Jacob N. Barney, second author of the journal article. Barney is an assistant professor of plant pathology, physiology, and weed sciences in the College of Agriculture and Life Sciences at Virginia Tech.

Biofuels are of mounting economic and ecological importance, with the federal government calling for production of 36 billion gallons of biofuel by 2022, about 11.3 percent of all liquid fuel consumption. All of this comes as the Environmental Protection Agency is weighing which biofuel stocks will be incentivized using the renewable fuel standard mandate.

“According to our analysis, current noxious weed laws do not provide adequate protection to prevent invasions in natural areas, and we have a shared responsibility for proper stewardship of these landscapes,” said Lauren Quinn a research associate at the Energy Biosciences Institute at the University of Illinois-Urbana, and the lead author of the study. “Going forward, it will be essential to base legal reforms on an awareness of this responsibility and, more importantly, on a rational public dialogue that includes sound science.”

In their article, “Navigating the ‘Noxious’ and ‘Invasive’ Regulatory Landscape: Suggestions for Improved Regulation,” the authors also advocate liability for industry developers who fail to show due diligence in evaluating the potential invasiveness of a new cultivar. This will help take the expense of noxious weed control away from taxpayers while protecting conscientious biofuels developers, some of whom have backed away bioenergy farming for fear of lawsuits from the Environmental Protection Agency.

The federal government restricts the movement and cultivation of 111 species of terrestrial, aquatic, and parasitic plants included on the Federal Noxious Weed List. It also maintains the National Invasive Species Information Center. Noxious weeds on federal or state lists and invasive weeds are generally defined as plants with adverse social, economic, or ecological effects.

Nationwide, only species that are on state or federal noxious weed lists are subject to regulation. Since state departments of agriculture have responsibility for most regulatory bodies, occasionally sharing responsibility with environmental agencies, fewer plants that invade forests, pastureland, and other nonagricultural lands are on these lists. These invasive plants cost the U.S. economy more than $7.7 billion annually.

Currently, state or regional nongovernmental invasive or exotic plant councils (IPCs and EPCs) create lists of plants that are invasive in their area. The authors analyzed noxious and invasive weed species reports from each state and determined that official noxious plant lists contain on average only 19.6 percent of the species considered invasive by the IPCs and EPCs.

The article further points out that a delay in state listing of an invasive species as a noxious plant, or a failure to reconcile state and IPC and EPC lists, can have far-reaching ecological impacts, since funding for weed control is generally funneled into formally listed noxious plants. Because control is easiest in the early stages of infestation when the political process involved in listing a weed may not have even begun, the financial effects of this gap can be massive.

To help remedy this situation, the authors are proposing, “objective and science-based policies for the regulation of introduced plant species, especially but not limited to bioenergy crops.” These policies, they note, should restrict known invaders while allowing “flexibility to investigate and commercialize noninvasive bioenergy feedstock.”

Listing would be faster and more inclusive if revamped regulatory boards with input from invasive and exotic weed councils evaluated plants based on criteria such as the plant’s history, ecology, reproductive potential, and the potential for rapid spreading.

“The U.S. Animal and Plant Health Inspection Service recently implemented a formal methodology for evaluation of weediness which will be helpful in this context,” Barney said. “Occasionally, even if the risk assessment says a particular plant is a high risk, then regulators could come to an understanding about whether the benefits of a given plant are so high that the level of risk is acceptable.”