Many under developed countries greatly need the sustainable technologies that have begun to be implemented into first-world countries.

Monarch Power is making large strides in helping this happen. The company will deliver solar technology to a Maasai Tribe in Tanzania, Africa which will provide renewable energy and life sustaining applications. The technology is being given to Tanzania by Monarch’s charity MPower Foundation.

Monarch’s philosophy is to invent, build, produce, market and sell products at low cost for realizing their vision to help make the world more connected and sustainable.

On October 9, Monarch unveiled the technology at the Arizona Solar Summit that will be used. They will donate a large Lotus Aqua model which will supply electricity, chilling and water purification to the Maasai Tribe.

There were multiple models evaluated, all in the Lotus family, all which mimic the lotus flower with folding and sun tracking petals.

The multiple models evaluated were:

The Lotus Aqua model was chosen because it will be the most beneficial to the Maasai Tribe and they will be able to be educated in using the technology so that it truly becomes theirs.

“We take for granted life essentials such as lights, AC, and tap water,” said Professor Joseph Hui, CEO of Monarch. “We want to improve the Maasai lives and land with electricity for lighting and charging cell phones. These people need clean drinking water to eliminate water-borne illnesses and refrigeration to preserve food,” said Hui. 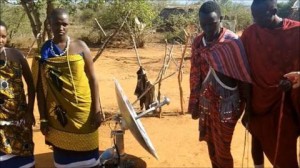 This donated technology will help the Maasai Tribe with needed and affordable sustainable adaptions in their lifestyles. Monarch’s recreation of the lotus flower’s ability to trap and utilize solar energy in a dry environment and distill water making it drinkable is very remarkable. The Lotus Aqua is truly remarkable technology.

Guest Post: How to be Safe While Renovating a Home »