Thanks to David Young, a retired mechanical engineer, for providing his perspective concerning the psychological hurdle that prevents electric cars and hybrids from having a more commanding market segment among car buyers. 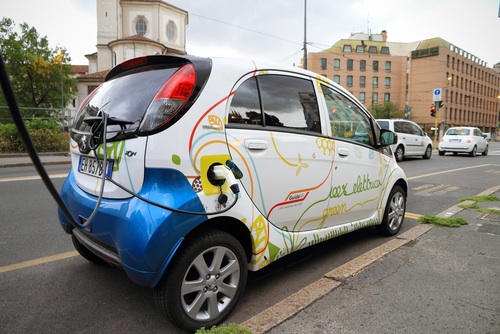 Hybrid cars have a great number of advantages over purely fossil-fuelled vehicles, but there is a psychological block that has to be gotten past before the mainstream population will embrace such a technology. This is a block that comes from a few different directions and that makes it hard to tackle with just one approach.

The first block comes from those that were born between 1960 and 1980. This generation has seen eco-cars within their youth and will still have lingering memories of that vehicle. Some may recall that the first electric cars that came into the marketplace were triangular and small and had some issues when compared with other vehicles. They needed to be charged often and would not reach anywhere near the same speeds that the common car could reach.

This generation saw the electric car re-emerge over and over and always in the same way. This is no doubt what comes to mind when a person in this age group hears about hybrids and electrics. This psychological block will take some work to get past. Hydrogen fuel cell cars came and went within the same time period and this will add to the doubts that these people will have.

People in their twenties and thirties will have a different set of issues to contend with. The great thing about this generation, however, is that they are going to be close to going either way. They will not have a lot of negative associations with past failures of eco cars and they are going to be more willing to embrace the future technology. Once the younger generation starts to earn their own way and realizes that petrol is one of the largest household bills there is, they will begin to embrace newer technologies.

As long as the industry continues to move forward with advertising and staying in the public eye, then the younger generation will start to pick up on the trend more and more. The fact that petrol is not getting any less expensive and the fact that the world is slowly burning through all of the fossil fuels will help encourage the trends.

There is no denying that pollution has become a problem. The issue is that psychologically people have been hearing this same fact for years and years and not seen a dramatic demonstration of how pollution is affecting the environment. Since the 1970s there has been talk about pollution and the dwindling parts of the world where mankind has not touched. Most people realise that there is a problem, while at the same time do not feel an “at home” effect.

Every person, no matter what they say, has some concern with their self-image. It is not so much how others see them, as how they see themselves. Many of the older hybrids and electric cars did not have a look that anyone considered stylish. These days, most hybrids look no different at all from the other cars on the road. That is something that is hurting the cause to a small degree. While people want these cars to have the same stylish looks, they also need to realize that they are all-around them on the roads.

It is going to be a matter of advertising and proper public relations that will get a good, strong movement occurring. Once things hit a certain point, there will be a snowball effect that will gain more and more speed through time. There will be a day, and it is not far away, when the majority of the cars on the road will be some form of eco automobile. This is a lot closer than most people realise. There may even be legislation occurring that will add incentives for those that drive and purchase an eco-vehicle.

The eco car will have its time and that time is very close. The world can no longer afford to ignore that everything is a resource and that every resource. Science fiction movies are no longer the stuff of dreams, but a reality that is slowly emerging. It is a matter of education and people realising that being green is no longer something that means sacrifice.

About the author:  David Young is a retired mechanical engineer who enjoys everything automotive, and currently works for CarAccessoriesPlus.co.uk.

Guest Post: Why Is It Good to Go Green with Your Home Styling? »