Geothermal power offers the best green deal for home heating currently. The power comes from a range of different underground sources, including shallow ground, warm underwater springs and liquefied rock in the form of magma that lies far beneath the earth’s crust.

Though, geothermal power has received a lot of notoriety of late, it has been used for thousands of years. Geothermal heats reach temperatures of up to 600 degrees f and have been providing electricity in the US for over 50 years, though on a large scale. They are also limited to specific areas. 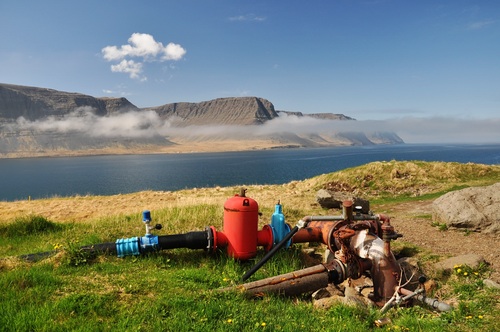 Who can Use a Geo Thermal Pump?

However, new homes often install geothermal heat pumps. These pumps don’t need the deep drilling the large-scale plants do. Water is heated in relatively shallow ground and can be used for heating a large percentage of a home’s water and so saves on this energy intensive task.

Geothermal is perfect for new builds, though it can also be added quite easily to homes under renovation. However, in the latter case duct work, the previous heating/ AC system and other engineering details may come into play before it can be certified a good green deal.

Makings of the System

The pump is made of three major parts:

Though geothermal heat pumps are quite expensive it is thought that the cost of its outlay is returned in under 10 years of operation. The US Government considers heat pumps as one of the most environmentally friendly and cost-effective manner of temperature control.

Geothermal pumps also come with a 50-year warranty in many cases meaning there is little to worry about in terms of reliability either.

Geothermal pumps are a great solution to heating worries and can provide a significant saving for your home in both green and monetary.