Switching to a solar power system is an excellent way to save money on your energy bills and give back to the environment. To make your system work at peak efficiency, you need to make sure you pick the right parts. It’s worth the time it takes to research the companies you buy from, just to ensure you’re getting the best items for your money. 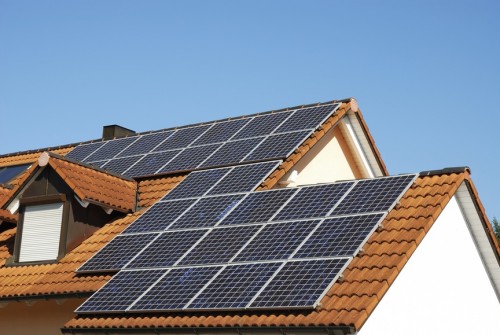 Why making the right choice is so important

The choice of components is a critical one. If you pick the wrong pieces of equipment, you may encounter unexpected problems, such as premature failure of the components or a low efficiency of the panels themselves. A reliable system will lower your energy bills for years to come, even to the extent that you might make money selling the surplus power. A poorly constructed system will cost a small fortune, as you need constant repairs and replacements.

Thankfully, the industry that has risen around solar energy has become quite established. And, as in everything in life, there are companies to follow and others to avoid. In the long run, the best solar power systems aren’t much more expensive than the cheap second-hand options either, so the small increase in price is worth the added life you’ll get out of the items. To pick the best parts, you need to know what components to look for. A complete solar system consists of three (3) core components. These parts are the solar panels, an inverter and a mounting system. Let’s look at each of these separately below.

Solar panels are the part that actually collects the solar energy and turns it into electricity. To pick the best solar panels, keep these tips in mind.

Do they issue and service warranties in your country? Many solar panel retailers are multinational, and may not have service in your particular country. If you buy solar panels from a company that has no way to service them, you won’t be able to have them replaced under warranty.

What country do the panels come from? For the most part, your solar panels will be manufactured in China or Taiwan, and most of the best manufacturers are located there. It’s still a technical piece of knowledge to know. For inverters, you’re best off choosing one made in Germany or Italy.

The inverter is the electronic component that converts the direct current electricity the solar panels produce and turns it into the proper voltage alternating current necessary to power your home. Some inverters have additional features, including the ability to connect to your computer for advanced controls and measurements. A high quality inverter is very important, because the inverter is the most likely point of failure in a solar system.

When an inverter fails, your solar system no longer functions. Until it is replaced, you won’t be able to use the power generated by your solar panels. Unless you’re actively monitoring the inverter, or you’re working solely on solar power, you might not even notice the inverter failure. The two current top of the line inverter manufacturers are SMA and Power-One. Based in Germany and Italy respectively, these are the top-of-the-line inverters today.

The best source of information about solar inverters is the community of people using solar power. There are a number of websites and forums dedicated to green living and solar power that make ideal research outlets. Read the reviews other people leave of their inverters, and consider these reviews when you’re choosing yours. It will be worth it paying a little more for an inverter, if it means you won’t be purchasing an inferior model that will need replacement in just a few years.

Many people don’t think of a mounting system as a critical component of a solar system, and imply pick the cheapest one they can find. In reality, the mounting system is incredibly important. It’s the device that connects your panels to your roof or freestanding mount, and if it fails, you could lose your entire solar panel array.

Depending on whether your roof is tile or tin, you will have different mounting systems. Fortunately, solar mounting systems must meet certain quality standards, and most of them have yet to have any major issues.

This article is by Luke Edwards, who writes for Solar Market – a website offering free, non-biased advice on moving to solar energy.