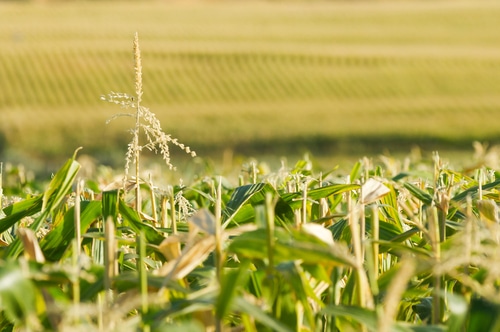 The worst drought to hit parts of the U.S. in more than 50 years has some politicians and farmers scrambling to find ways of conserving food as crops shortages hit new highs. The U.S. Department of Agriculture projects a 17 percent reduction in corn crops this year, and the shortage has sent the price of corn bushels soaring. This has resulted in an increase in the cost of meat, as it is used to feed cattle and chicken.

What is the Renewable Fuel Standard?

The Renewable Fuel Standard, or RFS, was created in 2005 as a bipartisan effort to establish more investment in domestic energy production. Under the law, the U.S. provided significant subsidies to fuel makers if they would purchase locally grown corn for ethanol production. Known as “the ethanol mandate,” these subsidies have led to private investments in biofuel companies and growth in ethanol production.

Though Congress and President Bush made the RFS law, the power to regulate it lies with the Environmental Protection Agency. This year’s drought has brought extreme pressure on the EPA to either repeal or waive the RFS for the coming year. Reluctant to make an immediate decision, the EPA has opened up for public comment on the matter until mid-September.

Since 2005, though, the trucking industry has done a lot to regulate itself, even when trucks are still using fossil fuels. Innovations like Qualcomm’s Fleet Management System has made it easier to save on precious resources and cutting back on emissions without exclusively using biofuels. It’s likely that many corporations will favor the industry-provided solutions over continuing to mandate the use of biofuels, but the environmental policy repercussions at this point are unknown.

The Biotechnology Industy Organization, or BIO, is an international organization that represents the interests of biofuel companies and other biotechnology companies around the world. Recently, BIO has taken a stand against public calls for the EPA to revoke the RFS by urging the EPA to ignore those appeals. BIO’s executive vice president, Brent Erickson, claims that the ethanol mandate has led to less foreign energy dependence and a new standard in domestic fuel production. Today, 96 percent of all gasoline in the U.S. contains ethanol, as opposed to only a few years ago when ethanol was still considered a marginal source of energy.

BIO argues that waiving the RFS for even a year will have lasting effects on companies that have invested in ethanol production. This could mean a long-term loss of jobs, which would have a negative impact on some local economies. Furthermore, BIO suggests that an RFS waiver could set back the biofuel and ethanol industry several years — a consequence that will in no way help the U.S. gain greater energy independence.

Only time will tell whether the EPA will side with BIO or the agriculture industry. Once the 30-day public comment period ends, the EPA will have until the middle of November to make a decision about the future of the Renewable Fuels Standard. Either way, as Politico notes, fuel makers have a financial incentive to continue producing ethanol-containing gasoline.