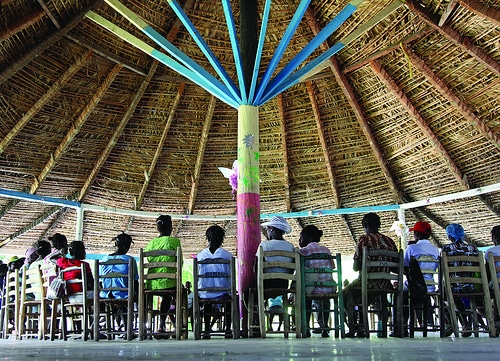 A major argument in favor of microfinance is that the poor who live in areas without banking services will gain higher returns on investments and increase their assets when provided with credit.

But a notable new study from the Consortium on Financial Systems and Poverty presents some of the first real evidence of microfinance impacts and indicates that the true returns of expanding access to credit are much more complex. Some of the greatest benefits to alleviating poverty, the study suggests, may be in the impact the programs have on driving up wages.

The research, by economists Joseph P. Kaboski of the University of Notre Dame and Robert M. Townsend of the Massachusetts Institute of Technology, examined changes in behavior resulting from the Thai Million Baht Fund. This initiative by the government in Thailand transferred one million Thai baht (about $24,000 at the time) to each of 77,000 villages throughout the country. The goal was to increase available credit and stimulate the economy. The findings were published earlier this year in the journal Applied Economics.

The CFSP study found that the village fund had the desired effect of increasing overall credit in the economy, and, in fact, in the long run, the program led to an overall expansion of credit. More significant, the authors argue, is that that wages increased by approximately 7% in a typically-sized village during the first two years that were tracked.

“This paper is the first real evidence we have on wage impacts of microfinance,” notes Kaboski. “The impact on wages is important in terms of the potential of microfinance as a poverty reduction program. Only a relatively small fraction of the poor want to borrow from microfinance, but a much greater share of the poor work, and might therefore benefit indirectly from an increase in wages. We are far from understanding the mechanisms, but there is great potential here.”

The authors suggest that the wage impacts may be because the fund led to a more efficient distribution of capital to entrepreneurs, which then increased the demand for labor. The study recorded that the wages increased for general non-agricultural labor, such as construction in the villages, but not for professional occupations or occupations outside of the village.

Additionally, the study showed, other effects of the injection of credit were more short-lived, including a notable jump in consumption, and increases in borrowing, business and labor income, and investment in agriculture.

The authors report that further examination of the data is underway. Their findings are based on an economic model they developed, using data captured as part of the Townsend Thai Data project, a monthly household panel survey that Townsend has led since 1997.

The paper, “The Impacts of Credit on Village Economies,” was published in the journal Applied Economics earlier this year.

Photo:  Bread for the World