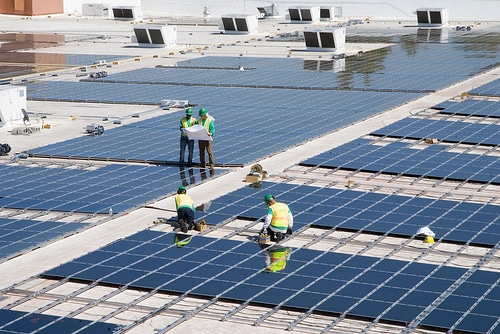 SoloPower recently added two new board members to their team. Joining them is Paolo Pietrogrande, who currently works with Element Power Solar, and General Wesley K. Clark, a retired NATO Supreme Allied Commander. Clark, who once made a bid for presidency, is involved with both Growth Energy and BNK Petroleum.

In addition to these changes, SoloPower, a manufacturer of solar panels, increased their debt by issuing an SEC filing of nearly 11 million dollars. They had previously filed for just over seven million dollars about two months ago.

SoloPower also received support from the DOE in the form of an almost 200 million dollar loan guarantee earmarked for their brand new facility in Oregon, which is scheduled to begin commercial production toward the end of 2012. Currently, they are also working with Crosslink Capital, Firsthand, Hudson Clean Energy Partners and Covexa.

Although on the surface it seems as though the DOE loan will benefit SoloPower, past recipients of similar funds have struggled to manage the money effectively. One company will be filing for bankruptcy soon, and their situation closely mirrors the one that SoloPower will find themselves in. In particular, both companies face stiff competition from Chinese crystalline silicon solar.

SoloPower seems, however, to be moving in the right direction; they recently redesigned their solar panels, improving their efficiency. They appear to be directly challenging companies like Global Solar and Ascent Solar, hoping to carve out a place for themselves in their competitive rooftop market just like other companies have done in the ecotourism market. They have a chance, too; their solar panels, in theory, have fewer pieces of hardware, cost less and are easier to put on. Before any large conclusions can be drawn, however, Solopower needs to reach out and work with companies like Cedarhurst Real Estate to show that their product is what it appears to be.

The largest problem that SoloPower faces is that crystalline silicon continues to get less and less expensive. While their product is lighter, the question remains as to whether it is necessarily better. In addition, SoloPower has to have an advanced encapsulant in order to make their product; it is expensive, and therefore, their product will probably continue to cost more than its main competition for the foreseeable future.

While SoloPower feels that their pricing will eventually be competitive, only time will tell if they can deliver on their promises when it comes to the benefits of their solar panels.

Some rights reserved by Walmart Stores