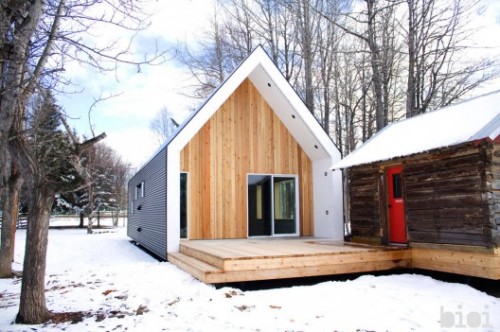 Following last week’s post on the Warburg House (Building an Energy Efficient Home for Under $100,000), Walter Feuchs  sends this letter:

25 years ago the concept of a “World House” was introduced. The Energy Star, hurricane and seismic rated 512 sf.abode was temporarily assembled at the UN in NYC in 30 minutes. scenes are on YouTube.

A newer fiber composite version building envelope with footprint of 115  sq ft will also be temporarily assembled in 39 minutes at various international locations.The roof panels are integrated with PV’s at the production stage which is measured in minutes…not hours or days.

An international conglomerate will likely mass-produce this milestone as well as off the grid sustainable communities, on an international scale. A house that more than pays for itself compared to traditional products has a competitive edge. In nations that offer 100 year mortgages this development will be revolutionary.

IEEE Continues Buildout of Portfolio of Standards for Solar-Generation Market »