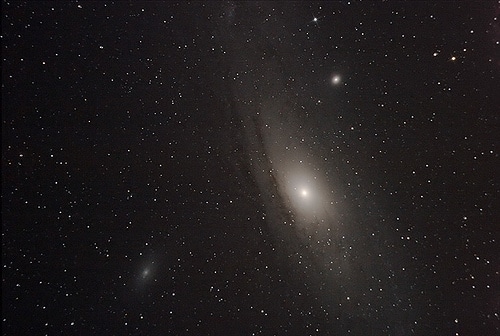 Engineers at the University of Strathclyde, Glasgow, Scotland are aiming to boost the future of renewable energy by collecting solar power in space

Solar power gathered in space could be set to provide the renewable energy of the future thanks to innovative research being carried out by engineers at the University of Strathclyde, Glasgow.

Researchers at the University have already tested equipment in space that would provide a platform for solar panels to collect the energy and allow it to be transferred back to earth through microwaves or lasers.

This unique development would provide a reliable source of power and could allow valuable energy to be sent to remote areas in the world, providing power to disaster areas or outlying areas that are difficult to reach by traditional means.

Dr Massimiliano Vasile, of the University of Strathclyde’s Department of Mechanical and Aerospace Engineering, who is leading the space based solar power research, said: “Space provides a fantastic source for collecting solar power and we have the advantage of being able to gather it regardless of the time of the day or indeed the weather conditions.

“In areas like the Sahara desert where quality solar power can be captured, it becomes very difficult to transport this energy to areas where it can be used. However, our research is focusing on how we can remove this obstacle and use space based solar power to target difficult to reach areas.

“By using either microwaves or lasers we would be able to beam the energy back down to earth, directly to specific areas. This would provide a reliable, quality source of energy and would remove the need for storing energy coming from renewable sources on ground as it would provide a constant delivery of solar energy.

“Initially, smaller satellites will be able to generate enough energy for a small village but we have the aim, and indeed the technology available, to one day put a large enough structure in space that could gather energy that would be capable of powering a large city.”

Last month, a team of science and engineering students at Strathclyde developed an innovative ‘space web’ experiment which was carried on a rocket from the Arctic Circle to the edge of space.

The experiment, known as Suaineadh – or ‘twisting’ in Scots Gaelic, was an important step forward in space construction design and demonstrated that larger structures could be built on top of a light-weight spinning web, paving the way for the next stage in the solar power project.

Dr Vasile added: “The success of Suaineadh allows us to move forward with the next stage of our project which involves looking at the reflectors needed to collect the solar po