A Fundamental Understanding of Climate Issues & Solutions is Essential 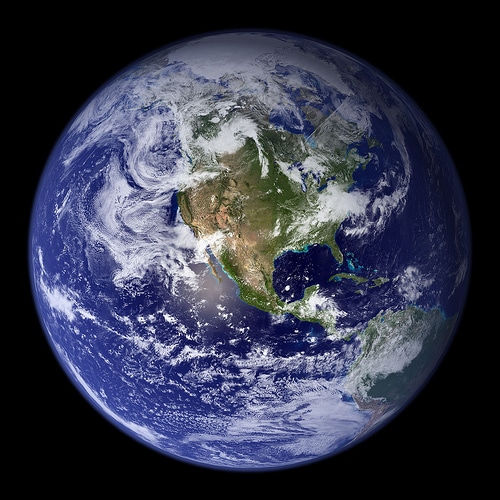 The information that follows is critical to share. I received this report via Joe Romm’s Climate Progress, focusing on an important February 29 TED speech by James Hansen on the greenhouse effect as it impacts our planet, “Why I must speak out about climate change,” followed with a very smart “fee and dividend” solution. Hansen’s speech is then followed by what I feel is a “must-read” article from Dan Miller, founder of Climate Place.

James Hansen: Why I Must Speak Out About Climate Change

Followed by Dan Miller’s article about the speech:

Dr. Hansen’s talk began by describing his personal journey, originally studying Venus under Prof. James Van Allen and then working at NASA on an instrument to study Venus’ atmosphere.  But after being asked to do some calculations of Earth’s greenhouse effect, Dr. Hansen resigned from the Venus mission to work full time studying Earth’s atmosphere “because a planet changing before our eyes is more interesting and important – its changes will affect all humanity.”

Dr. Hansen and some colleagues published a 1981 paper in Science Magazine that concluded that “observed warming of 0.4C in the prior century was consistent with the greenhouse effect of increasing CO2, — that Earth would likely warm in the 1980s, — and warming would exceed the noise level of random weather by the end of the century.  We also said that the 21st century would see shifting climate zones, creation of drought prone regions in North America and Asia, erosion of ice sheets, rising sea levels, and opening of the fabled Northwest passage.  All of these impacts have since either happened or are now well underway.”

Dr. Hansen went on to explain that, after speaking out for the need for an energy policy that would address climate change, the White House contacted NASA and Dr. Hansen was ordered to not speak to the media without permission.  After informing the New York Times about the situation, the censorship was lifted and Dr. Hansen continued to speak out, justifying his actions with the first line of NASA’s Mission Statement’: “To understand and protect the home planet”.  But there were consequences… the reference to the home planet was soon struck from NASA’s Mission Statement, never to return.

Dr. Hansen then went on to describe some of the recent science, including a detailed look at the Earth’s energy imbalance that was made possible by data from 3000 “Argo” floats that measure ocean temperature at different depths.  Dr. Hansen said that the current imbalance of 0.6 watts/square meter (which does not include the energy already used to cause the current warming of 0.8°C) was equivalent to exploding 400,000 Hiroshima atomic bombs every day, 365 days per year.

Favorite denier myths such as “it’s the Sun” and “CO2 lags temperature” were addressed by Dr. Hansen and shown to be wrong or irrelevant.  He also discussed how amplifying feedbacks in the past took small changes in temperature due to slight changes in the Earth’s orbit and either initiated or ended ice ages.  He then said these same amplifying feedbacks will occur today if we do not stop the warming.  ”The physics does not change.”

Besides the impacts that are already occurring, Dr. Hansen said that if we do not stop the warming, we should expect sea levels to rise this century by 1 to 5 meters (3 to 18 feet), extinction of 20 to 50% of species, and massive droughts later this century.  He said that the recent Texas heat wave, Moscow’s heat wave the year before, and the 2003 heat wave in Europe we “exceptional” events that now occur 25 to 50 times more often than just 50 years ago.  Therefore, he concluded, we can say with high confidence that these heat waves were “caused” by global warming.

A key solution to climate change, Dr. Hansen said, is to out a simple, honest price on carbon.  He proposed a “Fee and Dividend” approach where an increasing fee on CO2 is paid by fossil fuel companies and 100% of the proceeds are distributed to every legal resident.  Besides lowering carbon emissions, this will also stimulate innovation and create millions of jobs.

Dr. Hansen said that if we wait 10 years to begin reducing greenhouse gas emissions, we will need to reduce them at a rate of 15%/year to stabilize the climate.  This, he said, would be “difficult and expensive — perhaps impossible.”

Dr. Hansen referred to his grandchildren and said “It would be immoral to leave these young people with a climate system spiraling out of control.”

Dan Miller is Managing Director of The Roda Group, a cleantech venture capital company.  He is also a speaker and advocate for taking urgent action to address climate change.  You can learn more about Dan at ClimatePlace.org.

Share this science-based information with many. Time is not such an ally in this era of awakening.