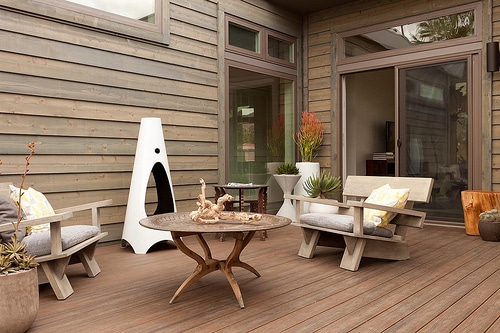 Prefabricated home developer LivingHomes has announced the launch of the new LivingHome C6, a smaller zero energy home that has been modestly priced for a small family or couple.

“It has always been our most important goal to develop an affordable LivingHome,” said Steve Glenn, CEO of LivingHomes.  “The C6 is not only our lowest cost LivingHome.” Glenn added the C6 is also the easiest and fastest LivingHome to build.”

The home was designed through a new partnership with Make It Right, a nonprofit founded by Brad Pitt and architect William McDonough, seeking to build 150 LEED Platinum homes in New Orleans’ Lower Ninth Ward, the neighborhood hardest hit by Hurricane Katrina.  As such, a portion of the proceeds from the sale of each C6 will help support the efforts of Make It Right.

“We’re excited to partner with LivingHomes to help make well-designed, sustainable houses more affordable and available in other parts of the country,” said Tom Darden, executive director of Make It Right.

Of most interest for this home is the price. The prefabricated C6 is built by Cavco and is available in most states for $179,000 – about $145 per square foot.  The C6 can be fully constructed in less than two months and installed on-site in one day.

The C6 was inspired by the modern homes built by developer Joe Eichler throughout California in the 1950s and 1960s.   Like many Eichler Homes, the C6 is organized around a courtyard that is accessible through a variety of openings and features an open floor plan that is ideal for outdoor/indoor lifestyles.  Total size is 1,232 square feet, below the national average of 2,380 sf for new homes (NAHB, 2011).

Two C6 show homes, sponsored by The Home Depot, are on display now, and open to the public for tours.