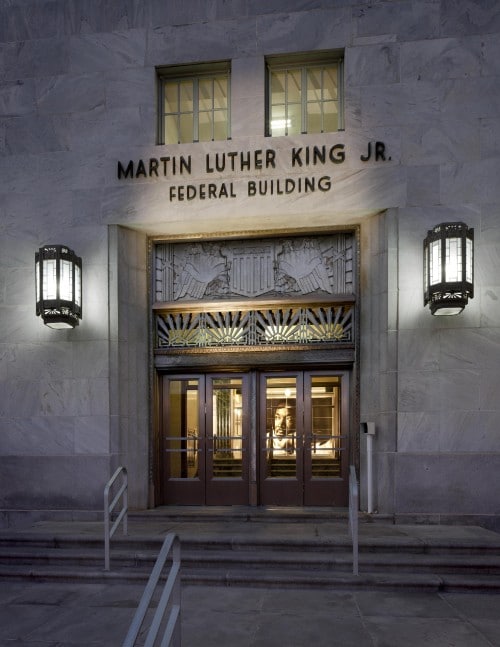 In an announcement today, the Advisory Council on Historic Preservation (ACHP) has presented its Chairman’s Award for Achievement in Historic Preservation to the General Services Administration (GSA) for the restoration, rehabilitation, and reuse of the Martin Luther King, Jr., Federal Building in Atlanta. Rehabilitation began in 2005 and was completed in 2011, with the revitalized structure recently receiving LEED Gold status.

“GSA has shown how an iconic structure in a historic urban setting can receive new life and purpose and become a renewed asset to its community,” said Milford Wayne Donaldson, FAIA, ACHP chairman. “Recognizing that it is usually better to upgrade and improve the efficiency of existing structures rather than raze and replace them, this accomplishment by GSA is worthy of widespread emulation.”

Built in 1933, the Martin Luther King, Jr., Federal Building was originally Atlanta’s main post office and central mail processing facility for the entire southeast. It then became a federal office building, and in 1988 was named in honor of Dr. King.

The architectural firm overseeing the renovation was the Atlanta office of Lord, Aeck & Sargent. Details on the building’s history and the rehabilitation project are posted at ACHP.