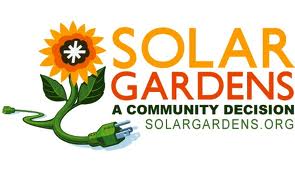 The democratization of solar power and the grid may be getting close at hand. According to Renewable Energy World, the Colorado law allowing for the creation of solar gardens stands as a leading light in the effort to feed solar electricity to the grid from smaller players.

It sets an example for other states and communities that are interested in supporting renewable energy from an expanded variety of suppliers.

A community solar garden is a 2-megawatt (MW) or smaller solar PV project that has 10 or more subscribers living in the same county.  The solar garden can be built by businesses, nonprofits, or utilities. However, CSG operations must be handled by an organization that is solely devoted to the solar garden and its subscribers, much in the way special taxing districts are structured.

By the end of 2013, Colorado utilities are required to purchase 6 MW of output from CSGs that are operating. But the road to building the required supply infrastructure has not been easy top construct.

“Community solar power can offer unique benefits in the expansion of solar power, from greater participation and ownership of solar to a greater dispersion of the economic benefits of harnessing the sun’s energy. But community solar faces significant barriers in a market where the “old rules” favor corporate, large-scale development. New rules – better community solar policy and regulations – are needed to remove these barriers,” John Farrell wrote last September, in reviewing the draft rules for Energy Self Reliant States.

The Solar Gardens Institute, in partnership with the Colorado Renewable Energy Society, will hold the inaugural SOLAR GARDEN SYMPOSIUM on May 6, 2011. SGI welcomes installers and industry professionals to come and learn more about off-site solar. According to SGI, the company is proud to provide support to their local community and also provide low -income alternative energy such as the solar garden.