Tragedy in Japan and nuclear meltdown at the Fukushima Nuclear Plant reminds us the vulnerability we face as our dependence on Energy comes into conflict with the Environment and technology advances we have yet to fully comprehend. Our full reliance on natural resources leading to depletion of the same resources causes us to seek out various energy sources. As we try to find an alternative and renewable energy, our misses have major consequences such as the  Japanese’s Chernobyl in Fukushima, Japan . The world faces this dilemma with weary shoulder wondering what now? The scarcity of natural resources such as coal, oil and natural gas are difficult to ignore.

Currently wars are being waged for those depleting resources. Scientists are seeking other methods to harness energy 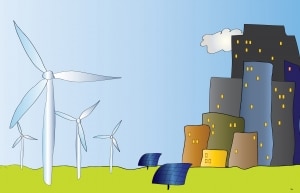 including nuclear, geothermal, wind and biofuel. While these discoveries gives us energy alternatives to conventional energy, drawbacks exist for each of these renewable and sustainable energy resources.

Renewable energy allows itself to renew itself for more energy. Wind and Solar energy comes to mind for most people. Biomass which includes corn, sugar and hemp are being cultivated as renewable energy.

Geothermal which uses heat from the earth and hydropower, energy gathered from moving water, rounds out the alternative and renewable energy resources to choose from.Sustainable energy takes it a step further because it doesn’t deplete the natural resources from the Earth. Solar and wind power are prime examples of these.

Is Nuclear Energy the Solution for the Energy Crisis? 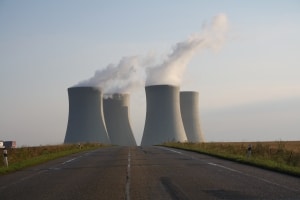 “Unfortunately for the atmosphere, environmentalists helped stop carbon-free nuclear power cold in the 1970s and 1980s in the United States and Europe. Greens caused gigatons of carbon dioxide to enter the atmosphere from the coal and gas burning that went ahead instead of nuclear.”

Brand theorizes in his book that a chasm exists between the old environmentalists and new environmentalists. While the old remain outdated in their fear of nuclear energy, the new generations of greenies embrace nuclear as part of the answer for the growing need for more sustainable energy.

But the real damages are the mental anguish one might have about possible radiation and poverty according to Chernobyl Forum report. I wonder what Brand thinks about Japan’s nuclear meltdown and if he still supports this assertion.

The Five Heavy Hitters of Renewable and Sustainable Energy

As we turn back to other sources of renewable energy, five main contenders come to mind. According “The Complete Idiot’s Guide to Renewable Energy for Your Home” the contenders are: Geothermal, Wind, Solar, Hydropower and Biomass.

“Geothermal energy is as green as it gets,” says Harvey Bryan and Brita Belli, co-authors of the book. Geothermal works by tapping into the Earth’s constant temperature underneath the ground. No soot and very little CO2 because geothermal doesn’t require burning.

However home geothermal systems differ from geothermal power plants. Plants do release some CO2 but only 1-3 percent of those produced by fossil fuels. 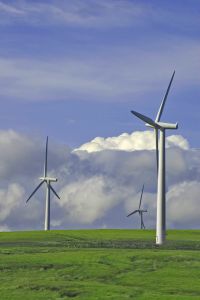 The wind turbine gets no love. Criticized for its unsightliness and guillotine for the poor birds, wind energy source is rapidly developing in the US. The modern turbines can produce up to 5 megawatts (MW) of electricity which amounts to enough power to light a small town.

Although wind accounts for only one percent of the U.S. power supply; those turbines reduce CO2 emissions by 23 million tons per year. Solar energy hails as the poster child for renewable energy. Solar roofs capture sunlight and convert it to electricity very similar to plant photosynthesis. Solar power gets its energy through photovoltaic (PV) cells.

With many incentives from the government including Energy-Efficient Mortgages (EEMs) and solar leasing which offsets the initial costs of solar energy installation, solar power accessibility has risen. Solar Energy has a bright future as the answer for renewable and sustainable energy resource.

Although not a new technology, Hydropower or harnessing energy from moving water, garners an attention. Dams 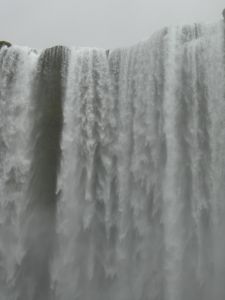 capture the moving water and propels it towards turbines that convert it to electricity by a generator. The hydropower is not without faults. Changing the course of water can wreak havoc on the ecosystem.

Releasing of methane poses another problem for hydropower. Tidal power or energy from the ocean leads the way in hydro power. The tidal power does pose a potential danger to ocean wildlife and remains a concern for environmentalists and fishermen.

Since materials such as food are utilized in the process, much debate has raged over decades on the efficiency on biodiesel. Especially since the cost of food have risen considerably within the last couple of years. Organic matters including waste converted into energy is Biomass.

“The Biofuel Controversy” published by the United Nations Conference on Trade and Development concludes:

Green Building Elements will Continue uur Green Building  101 Series by taking a deeper look at each alternative energy. We will find the experts and seek their answers to this growing problem.  Find us every 1st and 15th of every month and follow how to build a sustainable building from the ground up.

This series is made possible by energy-efficiency specialists WellHome .