The landslide of available digital information applications is impacting the building industry in a significant way. Quick-response codes – QR codes as they are best known – are now becoming more common in the building industry. This includes building owners and developers, architects, engineers, municipalities and contractors. This three-part series will share information on QR codes, how municipalities are using them, how the building trades are using them, and how they are being used for marketing and outreach, similar to how social media works today. 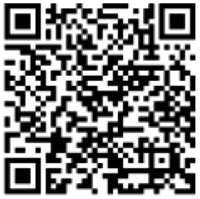 Yesterday New York City Mayor Michael Bloomberg unveiled a plan to put QR codes on all NYC building permits by 2013. New Yorkers who scan the codes using their smart phone or web cam will be able to learn details about ongoing projects, read complaints and violations related to the location, or click on a link to easily make complaints of their own.

According to a statement from the mayor’s office, the codes will link to a mobile version of the Department of Buildings Information System. As existing permits at 975,000 building and construction sites in New York City expire, the codes will be added to the new permits that replace them.

Aaron Chusid, Chusid Associates, provides this succinct description: “QR codes are two-dimensional bar codes that are readable using smart phones or webcams. The essentially operate as a hyperlink that connects printed media to the digital world; scanning a QR code does the same thing as clicking on a link, and can provide most of the same functionality.” Commonly used in Japan, QR codes were created in 1994 by a Toyota subsidiary, Denso Corporation.

When announcing the QR code program, Mayor Bloomberg said: “New Yorkers expect to be able to gather information instantly, and the use of QR codes will allow them to get all information about construction work while standing on the sidewalk.”

After scanning a QR code on a Department of Buildings’ permit, users will be brought to mobile version of the Department’s Buildings Information System (BIS), which provides permit and violation history for all buildings in the city.

Not only do large cities use QR codes, so do small ones. Dustin Haisler, the assistant city manager and chief information officer for the city of Manor, TX, describes QR-codes as “two dimensional barcodes that can be generated for free and subsequently decoded for free on most newer model camera phones.”

He adds: “When I first learned of QR-codes I quickly realized the amazing potential they had, however, I was unaware of the significant impact they would have on my own organization.” It wasn’t long before he understood how a small town, without a large document management budget, might use such technology.

The Web-enabled BIS application was released in the August 2001 and provides real-time BIS data to anyone with Internet access. The site shows these analytics: In November 2009, approximately 18,000 unique users visited the site, viewing as many as 711,000 pages in one day.

Today, not so far removed from yesteryear, it is hard imagining what it once was like when all requests for information and responses to those requests made a remarkably long paper trail, with distribution taking place either using facsimile, postal or ground delivery services.

Next, in Part II of this series on QR codes, I will write on how this technology is already being used in construction.