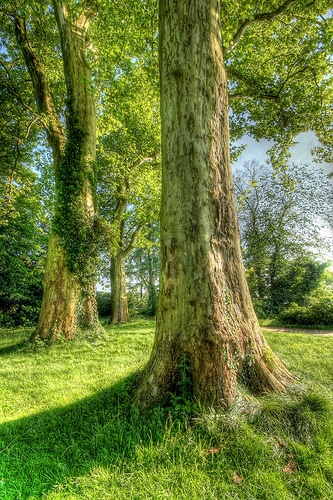 The ballots have been counted, and the Forest Stewardship Council (FSC) certification for sustainable lumber products remains the only accepted criteria for LEED certified projects.  U.S. Green Building Council (USGBC) members voted to not approve benchmarking criteria that would have allowed other certification programs to be accepted under the LEED Rating System.  Programs like the Sustainable Forestry Initiative have been trying to get USGBC to recognize their products for years.

One of the major criticisms of the SFI program is that it is not a third-party verification of sustainable practices.  It is managed completely within the lumber industry, leaving the door open for potential improprieties.

The balloting process for this issue started in 2006, when the USGBC’s Materials and Resources Technical Advisory Group took up the issue of certification of forest product sustainability.  Along with the LEED Steering Committee, they developed a benchmark for certification programs looking to be included in the sustainable lumber category.

The proposed benchmark was then subjected to four comment sessions during 2008, each resulting in further refinement of the standard.  It was then presented to the membership for approval on October 26, 2010.  USGBC requires a two-thirds approval vote to pass any substantial changes to the LEED program.

Members opted-in to the consensus body prior to the change being released for vote.  54% of those in the body actually voted, with 55% approving the change, 42% rejecting it, and 3% abstaining.  Since the required two-thirds vote wasn’t achieved, the proposed changes failed.

The consensus process that USGBC uses to make changes in the rating system draws from many organizations in and around the building construction and design industry.  Each member is allowed only one vote, and if several employees from the same firm are members, their votes are proportionally divided according to how they voted (in other words, each organization only gets one vote, and it is split according to how their employees voted).  This process ensures that no one organization or company has undue influence on the outcome.

With this vote, the LEED Rating System will maintain its stringent guidelines on how sustainable lumber is to be handled and certified.  This may increase costs a bit, but it ensures that products marketed as sustainable are truly what they appear to be.

Photo courtesy of Trill Krech through a Creative Commons License.