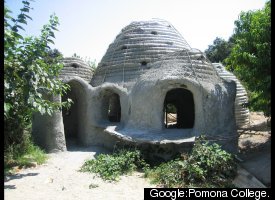 College reporter, Kate Willson, has provided this reporter with an interesting perspective about some of this country’s leading sustainable colleges for 2011.

Her information comes from GreenReportCard.org, which recently released its annual list of the top 52 sustainable colleges and universities in the nation. In the past, Willson writes, the highest overall score was an “A-“. “For the first time, seven schools achieved an “A.”  The schools with the highest grades on The 2011 College Sustainability Report Card are Brown University, Dickinson College, Oberlin College, Pomona College (left photo), University of Minnesota–Twin Cities, University of Wisconsin–Madison and Yale University.

Willson, who writes regularly about colleges, has written about five of the top schools that interested her. She writes, “I am not associated with any of these schools. I honestly chose these schools because I felt that the schools that made A’s were quite repetitive (they made the same initiatives and reforms.) To add some variety, I also wanted to highlight what other of the schools were doing.”

Brown College, one of the schools receiving an A on the green report card,  is shown in the left photo.

Below is Willson’s report on other schools of note:

Colorado College is located in an area lush with forestry and wildlife. So it’s no surprise that it wants to ensure that the state’s beauty is properly preserved. According to the report card, students recently conducted a semester-long campaign that managed to reduce energy by 12 percent and increased the waste diversion rate by more than 200 percent. In addition, aside from the campaign, students also collectively work together to educate children about environmental issues, hand out fair trade coffee, and operate a bike and car-sharing program. Colorado College’s ultimate goal is to achieve carbon neutrality within the next decade. To help implement their goal, the school has installed electric metering and steam line insulation in all of its buildings, lighting retrofits in 90 percent of buildings, and an energy management system in about 65 percent of the buildings. And to reduce waste, the college mandates that all printers are set to print double-sided. About 43 percent of the school’s food budget is spent on local products.

According to the report card, Brown’s ultimate goal is to reduce greenhouse emissions by 42 percent within the next decade.  The school has already put their plan into effect by installing a magnitude of different energy efficiency technologies such as economizers and heat recovery systems. In fact, more than “one-third of energy purchases come from renewable sources,” the report states.  The school has also installed an abundant of water-saving technologies such as dual-flush toilets and uses vegetated roofs to control storm water.  In addition to a bike program on campus, Brown also offers ride matching and parking discounts to carpoolers, operates a shuttle to off-campus destinations, and provides free access to local public transit.

ASU was not only the first public university in the U.S. to create a School for Sustainability where students can take courses such as international development, the economics of sustainability and sustainable ecosystems, but also the first school to create a housing facility where those who like to live green can unify as well. In general the school as a whole works together to put on programs to save the planet such as RecycleMania and the Solar Decathlon. About half of all the students do their best to use an alternative means of transportation such as utilizing the campus shuttle or ASU’s bike-sharing program. The dining hall has been trayless since 2008 and serves some vegetarian-fed meat and hormone and antibiotic-free chicken and milk. Like most universities, ASU recycles standard materials such as paper and electronics, and donates or reuses forgotten items at move-out.

According to the report card, UMN has managed to effectively reduce its greenhouse gas emissions by installing numerous energy efficiency technologies. Some include creating a cogeneration facility, installing an energy management system and lighting retrofits. In addition, UMN generates about 3 percent of its energy from burning oat hulls for biofuel, the report card states. The university shines when it comes to its dining facilities and green practices. For example, the school ensures that it composts about 30 tons of pre- and postconsumer food waste each month; most of the food severed at the university is local and organic such as cage-free eggs, grass-fed beef, and hormone-free milk; and to encourage students to be more sustainable the school also offer discounts for students who use reusable bags, mugs, and to-go boxes.

Like many of the other schools that made the grade, this university spends about 16 percent of its budget on local and organic food products. Almost all of the dairy and milk products are hormone and antibiotic free; almost all of the seafood is sustainably harvested; and all of the coffee and chocolate are fair-trade. In addition, not only is the dining hall a trayless zone, but the university also operates a program that reuses and recycles surplus goods such as furniture, appliances, and clothing. As far as the structure of the buildings is concerned, there are exactly 11 that meet LEED standards (covering about 14 percent of campus). The school has also made additional initiatives to be green having installed water-saving technologies that include low-pressure showers, dual-flush toilets, and waterless urinals.  According to the report card, full-time students can ride the bus for free and employees who carpool receive the best parking.

Kate Willson, who writes on the topics of top online colleges.  She welcomes your comments at her email Id: katewillson2@gmail.com. The GreenReportCard.org website and the College Sustainability Report Card are both initiatives of the Sustainable Endowments Institute. The Institute is a nonprofit organization engaged in research and education to advance sustainability in campus operations and endowment practices.

How to Have a ‘Green’ Holiday »