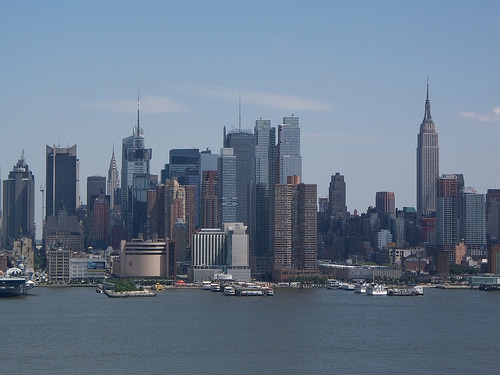 The Big Apple took a large step toward greening its building codes yesterday.   The New York City Council enacted five laws implementing recommendations from the NYC Green Codes Task Force, bringing the total number implemented to twelve.  The most significant of these changes adds “the environment” to the list of purposes of the code.  It joins the promotion of “public safety, health and welfare.”  This lays the groundwork for the greening of the building codes in future sessions.

The other recommendations are in regards to lighting energy efficiency, replacing outdated codes and making way for new technologies.  One bill will allow designers to count daylighting levels when calculating egress lighting for exits and public corridors.  It will also allow the use of occupancy sensors in these areas.

The new code will also require “vacancy sensors” instead of occupancy sensors in many areas of commercial buildings.  These sensors shut off automatically, but must be turned on manually, avoiding unnecessary operation when an occupant is only in the room for a short period of time.

The other two bills passed replace wattage requirements for common areas, temporary construction walkways, and sheds to footcandle requirements.  Thereby eliminating the power-used measurement, and replacing it with a measurement of the amount of illumination.  They also allow for the use of photosensors to reduce the amount of light produced in response to the amount of daylight.

Though the changes above may seem small, it is a big step for the code of one of the largest cities in the nation (if not the largest) to recognize the importance of protecting the environment while designing and constructing buildings.

Photo courtesy of Eva Abreu through a Creative Commons License.