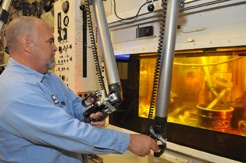 Budget cuts may be abundant, but they have less impact when it comes to the variety of tax incentives that are available for energy efficiency and renewable energy programs. Sadly, many of these attractive options get left on the table, points out a recent article drafted by Ramon Reynoso and Steve Heusinger.

According to the article, “Despite tight budgets, most state tax incentive programs have survived or increased, providing an exceptional opportunity for companies to improve the environment while enhancing their bottom line.”

For states looking to bolster their economies by attracting green jobs, the federal government provides something like $2.3 billion in new incentives for renewable energy. The authors say many state legislatures require minimum investments while looking at the quality and quantity of jobs created.  Additionally, many states are using federal stimulus money to fund their incentive programs.

For companies to get these incentives, however, is not as easy as it may sound. Applicable regulations are often complex, say the authors. Also, many of the incentive programs are in a constant state of flux due to rule revisions from state and local governments.

Incentive opportunities are plentiful, though. More than 1,200 separate state and local energy efficiency incentive programs include everything from corporate, sales, and property tax savings to actual rebates and loans.  Aldo, there are more than 800 state and local renewable energy incentives that can also provide corporate, sales, and property tax savings, as well as rebates, grants, loans, industry support, and production.

“Unfortunately, many companies fail to take advantage of these programs,” write the authors, citing the Database of State Incentives for Renewables and Efficiency. They add that taxing jurisdictions automatically assume there will be a percentage of credits companies are eligible for that will go unclaimed—some that are subsequently used to fund other programs.

The authors provide this scenario:

“The Acme Widget Company can locate its new $20 million factory creating green jobs and 100 high-paid, new employees in a state offering to reimburse up to 50% of Acme’s “qualified training expenses,” up to $5,000 for each new employee, and to grant Acme a state income tax “Jobs Credit” of $1,000 per each new employee for the first five years of operation.  The company includes the $500,000 training grant and the $500,000 in state income tax credits in its financial projections. The company and the state’s governor issue a press release announcing the new jobs. Construction of the new plant begins, and the company shifts its focus to other strategic matters.

“Eventually, the company realizes that both the amount of income tax paid and the training expenses associated with the new plant are higher than projected. The company contacts the state economic development officials and is referred to the compliance officer at the Department of Labor (who administers the training grant) and a taxing officer from the State Department of Revenue (who administers the Jobs Credit).  At this point, the company learns that it is no longer entitled to either incentive because it has missed filings and failed to compile information required to comply with the applicable regulations.”

Using this example, say the authors, Acme left $1 million on the table because no one had overall responsibility for ensuring that the training grant and Jobs Credit were realized. They point out that training grants, in particular, often come with burdensome administrative requirements and are often unrealized.

Envisioning a Sustainable Urban Future with an Architecture Exhibition »