A Roof Designed for Our Hotter Future 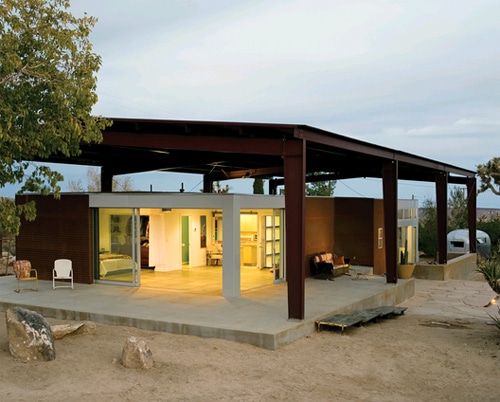 Given the climate change coming to most regions of the US, this new roof idea is a great passive cooling solution worth looking at even if you don’t live in the desert regions… now.

“Summer temperatures in Florida could rise by 10.5F, with the heat effect multiplied by decreased rainfall under the higher emissions scenario. There would be increased hurricane intensity and rising sea levels leads to loss of wetlands and coastal areas.”

“When you’re out in the desert, shade is gold. It’s the most valuable asset you have, so to make more shade was [the] strategy,” says Lloyd Russell of this house he designed to withstand both the scorching heat and the cold of the desert for a client in Southern California.

Russell’s very low carbon way to cool a home is another example of how creatively some architects are thinking out of the box and in the process creating an entirely new design vernacular – architecture for zero energy use in a carbon-constrained, hotter, wilder new world. 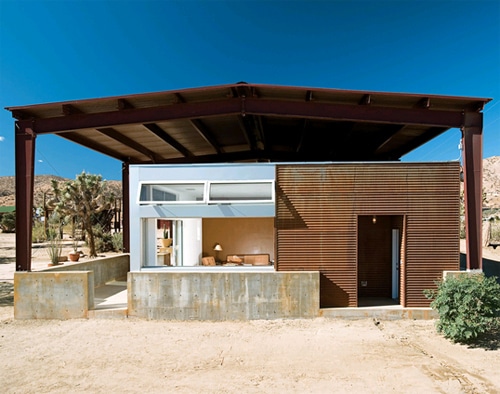 You might find this image vaguely familiar already. Open hay barns often have a giant metal roof like this providing shade. In this case this provides constant shade for the house and its patio areas, maintaining a relative cool micro-climate under the extra shade roof. The huge overarching steel roof  shades the completely separate building underneath.

Over the next few centuries, this passive cooling design might be mitigating the new hotter climate that much of the US will be feeling

Once Michigan feels like Georgia, wouldn’t a tempting solution be to just put another roof literally over the whole house? This might be among the the climate mitigation design solutions typical of the 2100’s. 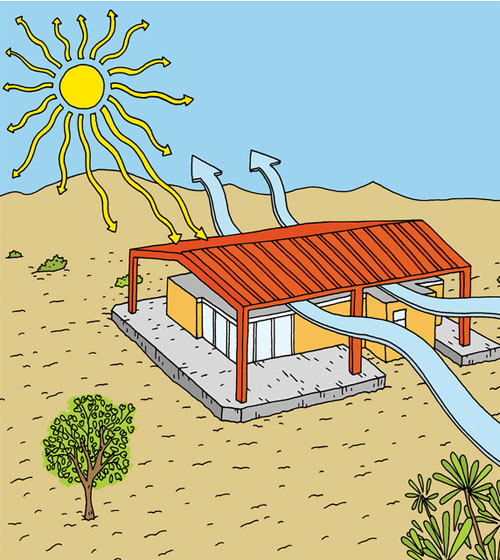 This house is a basic rectangle under its hay barn sun shade. The naturally rusting walls and large sliding openings are indicative of both a rustic and modern acceptance of the harsh extremes of desert life. 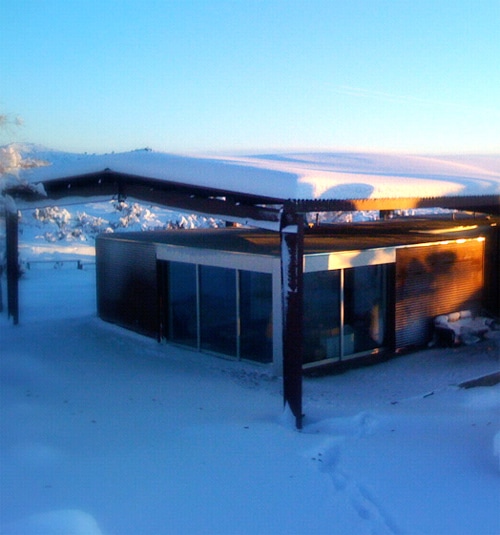 Desert temperatures can range from 10 degrees to well into over 100 degrees, and winds can top 90 miles per hour. So this low-tech approach makes sense, making a very adjustable structure where many of the walls can be fully opened or securely closed for industrial scale heating or cooling.

The homeowner calls it “the ultimate desert structure,” both inside and out. The house also reflects the make-do culture and cowboy aesthetic this owner shares with his neighbors in Pioneer town – a very different aesthetic from that of nearby Palm Springs, with it’s A/C controlled homes still shutting out reality in gated communities. 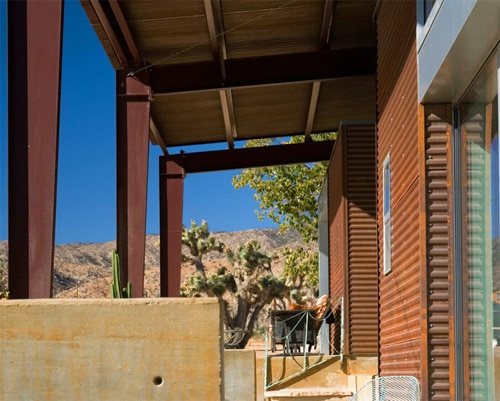 Out here the residents embrace the desert as it is. As the homeowner puts it: “This place is bulletproof.” 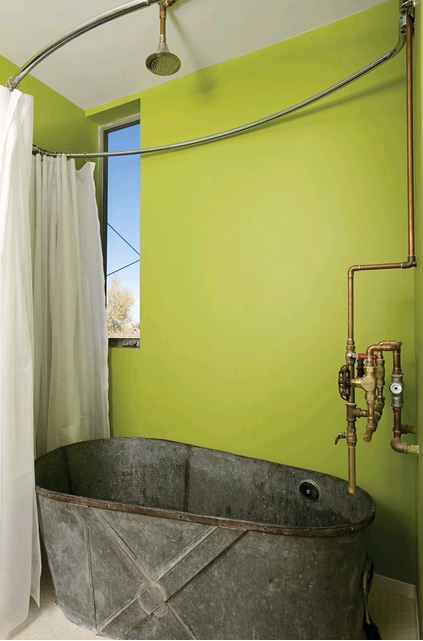 In another sustainable touch; reused materials from an architectural salvage shop inside the rugged metal shell of the house reduce both costs and environmental impact. This typical example – an old elementary-school drinking fountain is used as a bathroom sink.

“It’s either recycled stuff, or stuff that’s going to last forever. And to me that’s as green as you can get,” is the homeowner’s assessment. “It’s going to be there, you never have to go back and retouch it or fix it.”