VisionDivision has a very innovative entry in the Design for the Children competition to design a sustainable and culturally responsible pediatric clinic in the hostile environment of the desert of East Africa. Here is what inspired their design: 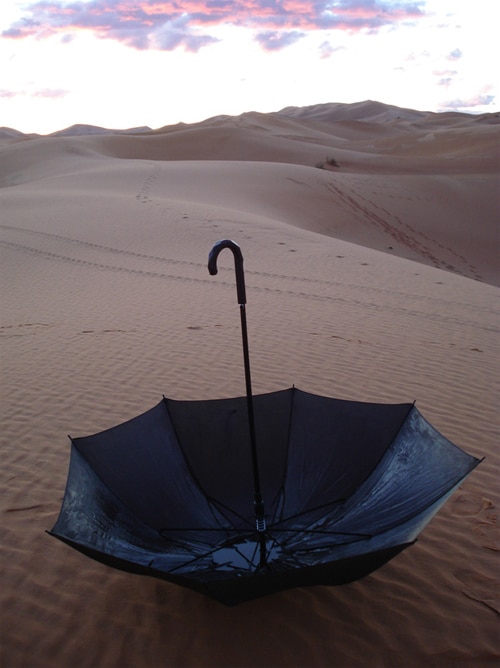 Says VisionDivision; “When we saw this competition, we felt urged to create a proposal:

Insufficient water is one of the most severe problems in rural Africa. For many families it is extremely time consuming to collect and can easily start conflicts between…

We had an idea that we should create a dew/rainwater collector as a roof and the rest of the building would more or less handle itself. To test the idea we went to the Sahara desert where an experiment with a dew collecting umbrella was successfully performed.” 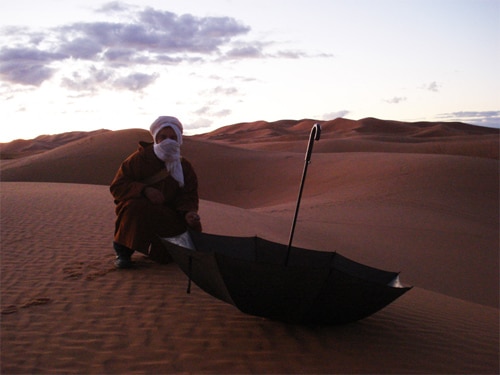 It is possible to collect a tiny amount of dew overnight even in a rainless desert, if you know how to do it. An upside down umbrella was the inspiration for this innovative design. 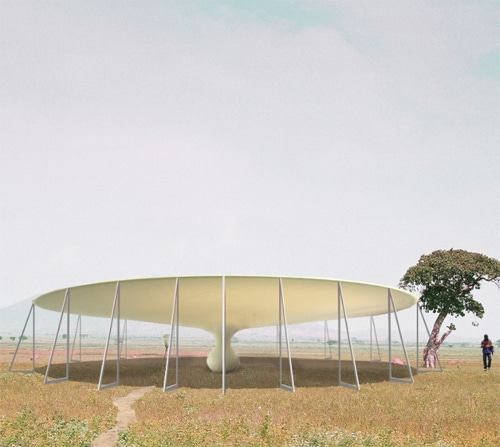 The umbrella element will funnel the cool water to a central holding tank to supply the hospital with clean water. The hospital rooms are gathered in clusters around the tank to benefit from the cooling effect of the water.This cooling effect is a bonus in addition to gathering rainwater or overnight dew for water use. 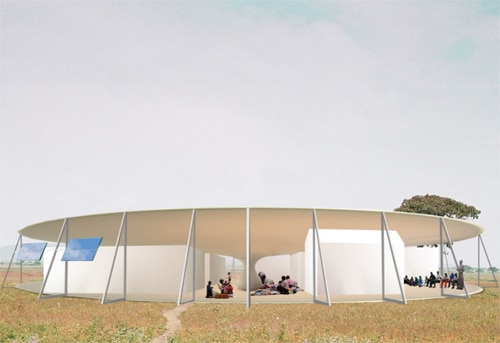 By facilitating air flow between the two roofs, the umbrella shape will act as a shading element for the hospital, because the roof is separated above the hospital building roofs. VisionDivision has created an inexpensive and very effective cooling mechanism without the need for air-conditioning (or the energy supplies that that would necessitate, even if possible), in the totally off-the-grid environment of the desert.

The materials are steel for the struts and a simple tentlike canvas made of a felt fabric to wick the scarce moisture into itself. Their prototype can be expanded by adding more fabric around the edge and moving the pillars away from the center point. As the structure grows, so to does the surface of the umbrella-roof supplying more water. 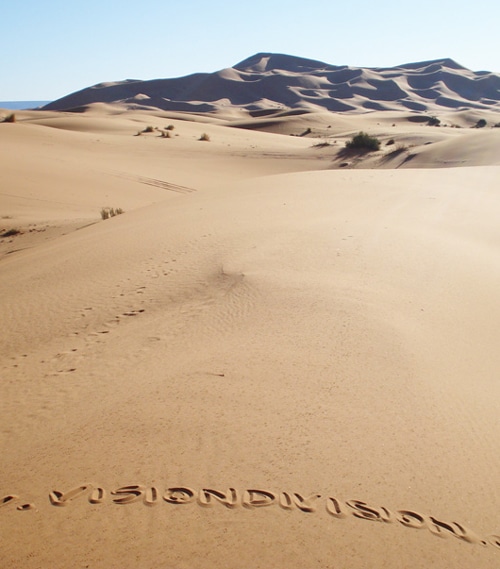