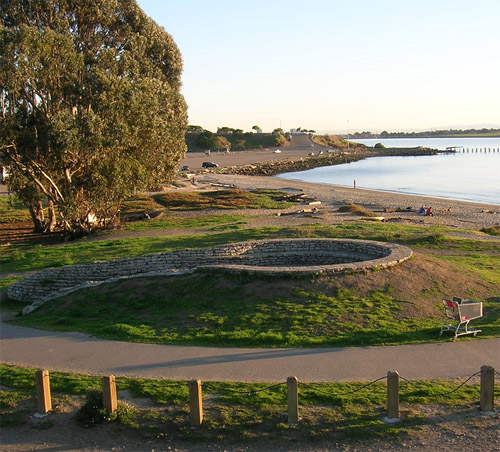 Now that we are all in danger of losing our homes, and the young are so burdened by their unthinkably immense college loans, perhaps we need to find out how to build with absolutely nothing down.

Who better to show us how to DIY on a budget of zilch, than the homeless builders of Berkeley who created the innovative squatters park made famous by the documentary movie Bums Paradise.

Here’s another way to build with no money down, no mortgage, no credit, and —no cash.

Well, actually we already knew how to do this — for this is how we built for millennia — the human race has a couple of hundred thousand years of experience of building like this.

But with a twist. The raw materials we have in abundance now are the flotsam and jetsom of a wasteful civilization. 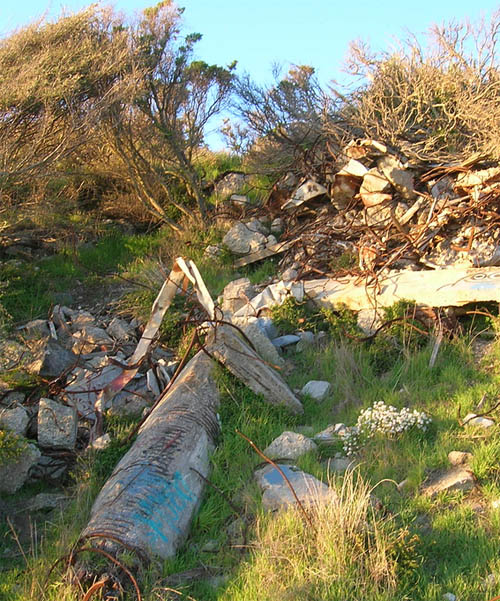 Rebar, plastic, and even chopped up freeways that fell apart in the 1989 earthquake. That’s what is in abundant supply at the Albany Bulb, the home of the Bums Paradise. And so these are the raw materials the squatters there used to build this unique settlement.

Like Stone Henge, the barbecue pit that these “green builders” hollowed out of the earth will likely stand up to the test of time.

The Bums’ Paradise was a beachfront made of reclaimed landfill. Literally made from garbage.  The place was used for dumping various forms of scrap metal and concrete collected from near-by docks and freeways.

Likewise, discarded people of no use to society made their home there. The landfill served as a refuge from the cold sidewalks and the myriad dangers of crowded cities full of purposeful people able to earn a living. They made a place where someone with nothing wouldn’t have to endure the wash of stares from passersby, or have to sleep where people walk, or evade the attentions of the police.

The landfill was a no-man’s land, a place in limbo with no zoning laws, no building regulations, no rules. Without all that, these people built as humans have built since the dawn of our race.

The transient residents built mysterious structures there, that are mostly now destroyed. All that remains is the surreal and peaceful atmosphere. 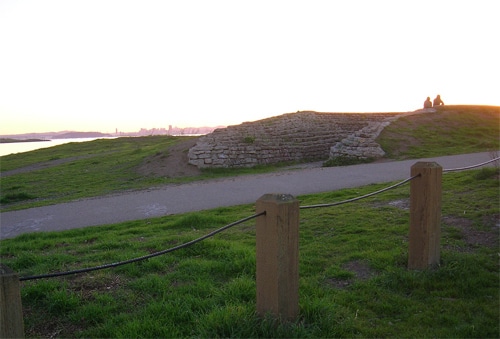 The homeless already know the fragility of life. Like bulldozers waking you in the night, at any moment everything can change.

By contrast this earthsheltered barbecue pit they created at the Albany beachfront Bums’ Paradise near Berkeley will likely survive for millennia.